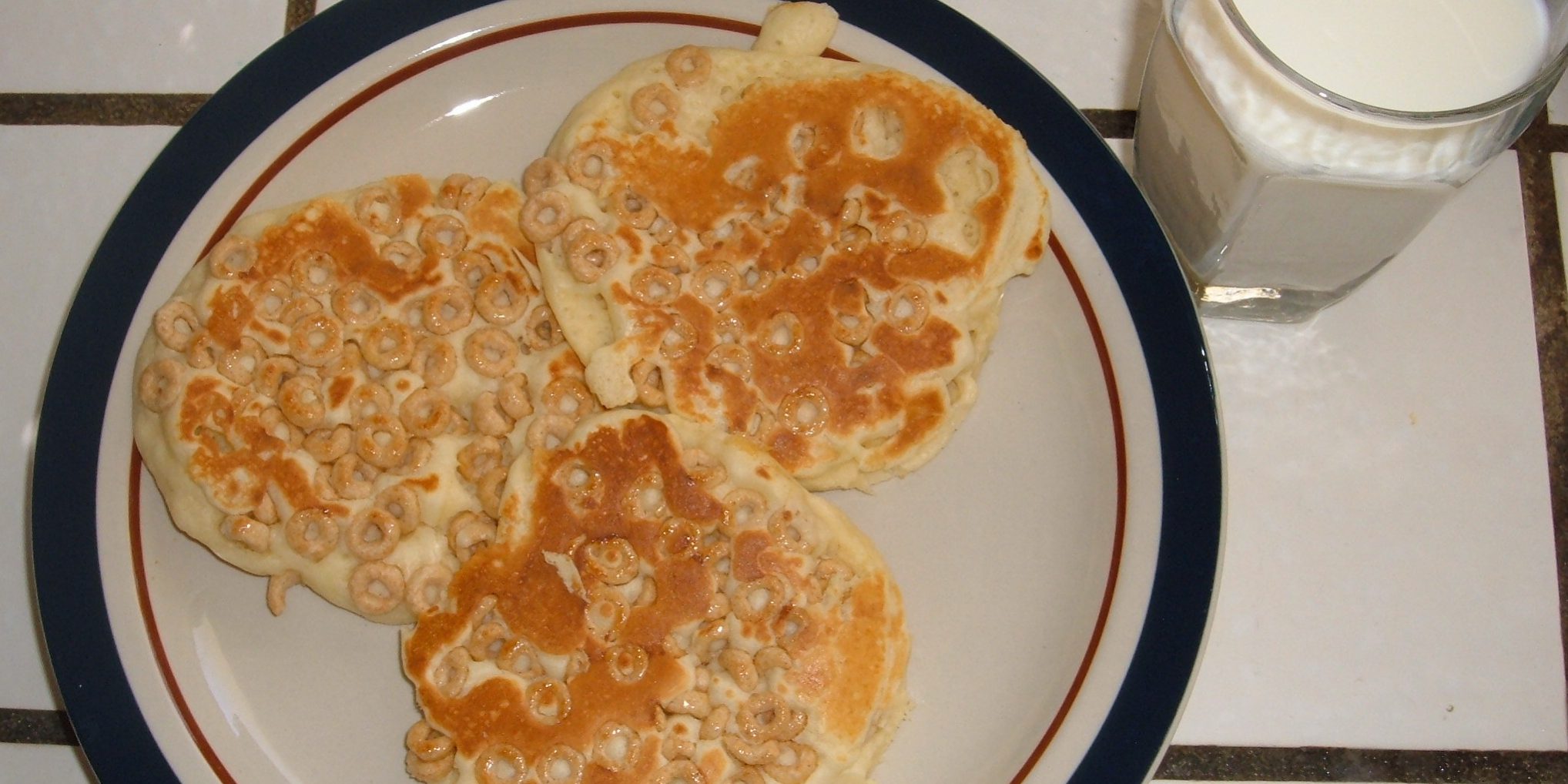 Most people that I talk with about this challenge assume that it is the couponing and shopping that takes a huge amount of time and if I added that into the equation, it wouldn’t be worthwhile even with the amount I save. The truth is that while couponing does take a bit longer than if I didn’t coupon, the place that I find is by far the most time consuming is the time trying to figure out what to cook and the time spent cooking it. I have had to spend far more time on those aspects than the couponing which has caused some issues because I do have all my other work to do as well. I definitely need to come up with a way to better utilize my time in the kitchen and preparing foods since it looks like I will be doing this a bit longer.

There is a money making scenario this week at Safeway (along with some possible freebies) that could mean that I will have a chance to stock up on some more basics. The problem is that I had a very busy weekend ahead of me and wouldn’t have much time to take advantage of this until Monday of next week. I know from experience that these money makers and freebies don’t always work, so I wanted to at least test it out to make sure it worked. The result was that it was a partial success.

These are the three purchases I wanted to test:

This is what I ended up buying: 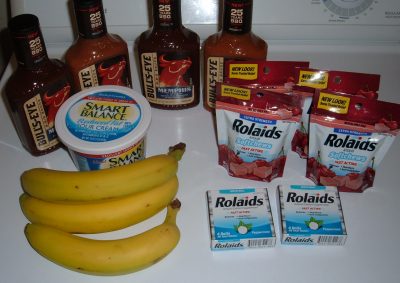 The Rolaids and BBQ sauce scenarios worked perfectly and I was able to buy all the above for $0.20 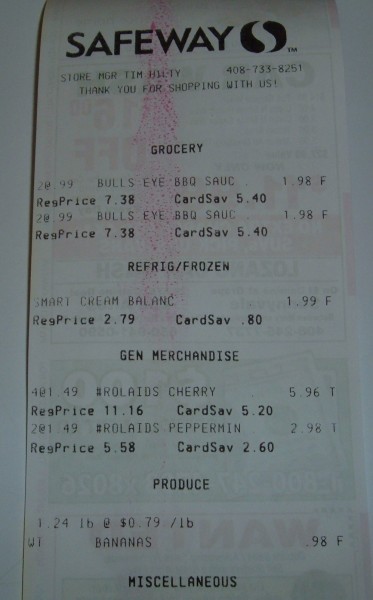 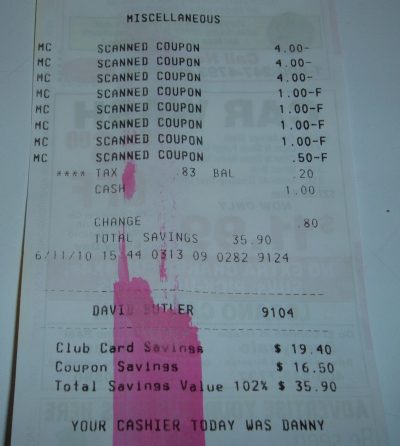 The only part that didn’t work was that I didn’t receive a catalina coupon for a free Smart Balance milk (it has now been confirmed that it is no longer working — it seems I was a day too late). I would have liked to have purchased something other than the sour cream with the Rolaids overage, but it was worth the risk as I would have had a lot of free milk if it had worked.

I do have more of the Rolaids coupons (been hitting all my coupon insert spots hard looking for more), so hopefully I can get some more free / nearly free food on Monday.

I also had to stop by CVS to use a Extra bucks coupon that was expiring. There weren’t any great food deals, so I went with getting a some brown sugar and cinnamon that would be useful for cooking: 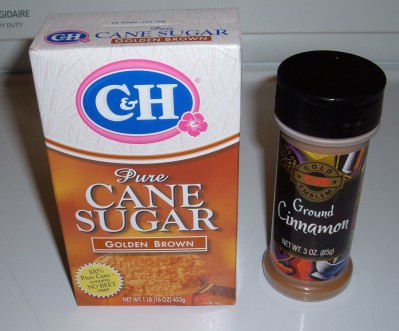 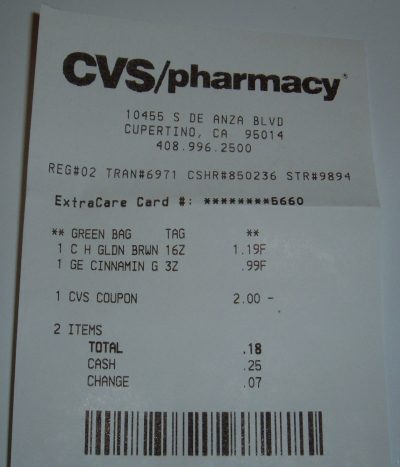 I had run out of fruit and didn’t go on my normal morning walk to do some foraging, so I needed to figure out a way to make my pancakes sweet. I decided to try and mix in Honey Nut Cheerios into the pancakes. I was afraid that mixing them directly into the pancake batter would make them soggy, so I sprinkled them on top once I put the pancakes in the frying pan. I then also had a glass of milk (I thought I would have a lot of free milk at that time): 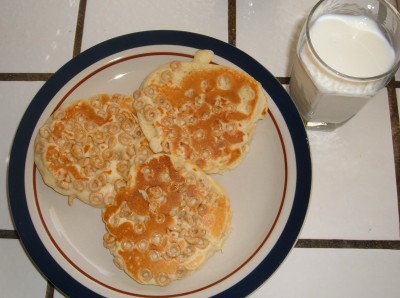 They Honey Nut Cheerio pancakes were actually surprisingly good so I decided to cook up the rest of the batter, but mixing the Honey Nut Cheerios into it. I then placed them into the freezer and I will try them as a snack later on: 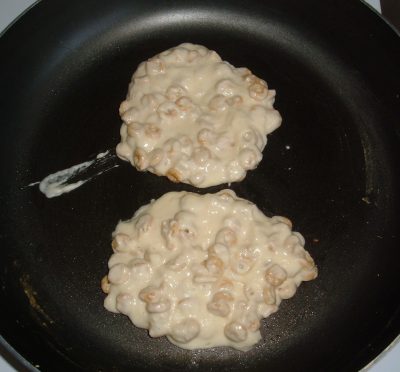 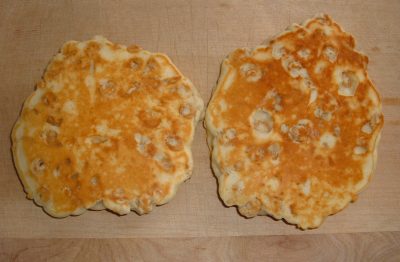 For lunch, I basically threw the kitchen sink together (and why I need help with my cooking). I fried up some potatoes, threw in some onions and some corn I had cut off the cob. I added a bit of salt and pepper and placed them into lettuce as a wrap to eat: 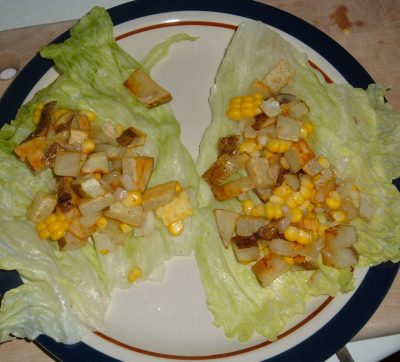 Things got extremely hectic in the afternoon with work and other unexpected issues that needed to be resolved. There was just no time to cook dinner and I simply ended up having a couple of bowls of cereal (and unfortunately stayed up into the wee hours of the morning trying to resolve everything). In staying up late, I also snacked a bit on the tortilla chips and the ice cream in the freezer that kept calling to me.