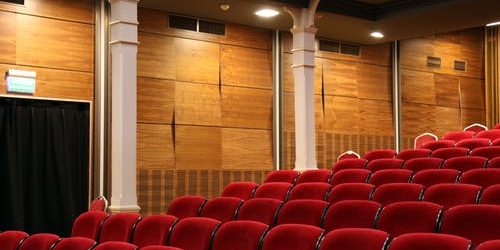 When a good movie comes out, there is nothing like heading over to Regal Cinemas. If you have an updated Regal Cinema near you, those comfy recliner seats and spacious rows welcome an awesome movie experience. Along with supreme comfort, Regal is also serving some delicious Regal Cinema deals in December that you must take advantage of.

Starting 11/30, Regal began offering up holiday classics for its patrons. At $5 per ticket, or $15 for a ticket pass, its a steal. The last two showings are The Polar Express on Dec. 14th, and National Lampoon’s Christmas Vacation on Dec. 21st. The films begin promptly at 1 pm and if you are a pass holder for this event don’t forget your $5 concessions deal for a small popcorn and drink combo.

If you have kids, then you likely have Playmobil toys in your home. On December 6tth 2019, Playmobil the movie hit theaters. It’s a fun film for children and similar to Lego Movies that have come out in the past. To encourage patrons to see the film, Regal is giving out $5 pricing on the films tickets”All Day Everyday”.

Though the Adams Family film made its debut around Halloween, Regal is still showing the hit in select theaters. Regal is also offering $5 pricing for showings of the film at select theaters near you.

On December 19th 2019 Star Wars Rise of the Skywalker is set to debut in theaters everywhere. Regal is excited to be featuring this film and has set up an opening night fan event at select locations across the United States. The fan event will feature Star Wars specially marked items. The event starts at 5 pm. With every ticket purchase, patrons are entitled to a Star Wars branded pin, lanyard, and larger popcorn while supplies last. If you go see the film in IMAX on Saturday, December 21st you will receive a free collectible ticket, and a possible mini-poster. If you are looking for a more unique Star Wars experience you can catch the Star Wars Marathon at select theaters. The marathon will cost approximately $55 and patrons will be given a collectible blanket, lanyard, and free large popcorn.

For December, Regal has a special concession offer. You can get 15% of a larger drink, large popcorn, and a pretzel or pretzel bites. The deal will run through Dec. 31 and are accessed through Regal’s mobile app. If you are interested in extra Regal Rewards points you can see Jumanji between Dec 12-15 for 2000 extra points or Little Women between Dec 25-29 for 500 points. Other deals included watching select Lions Gate, Disney, and STX films to receive free popcorn, rewards credits, and digital copies of the select suite of films.

Remember when you purchase tickets or concessions use your regal rewards physical card or mobile app. All deals under the other Regal deals section require you to use your regal card or app. Refer to the cinema’s website for more information on these specific deals and more.

Get A Free Turkey This Thanksgiving
December 10, 2019