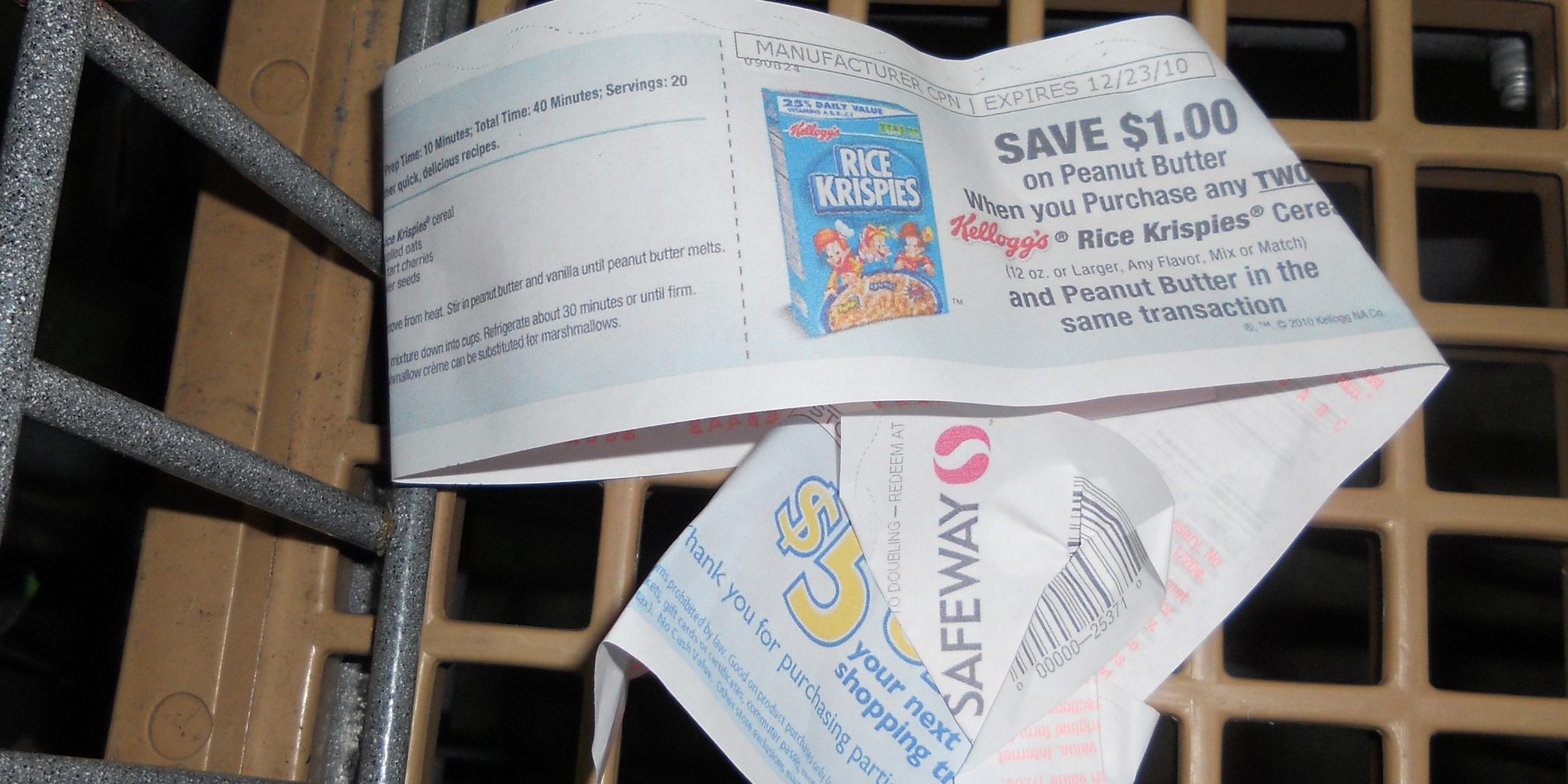 This actually dates back to last week and it is both good and bad news. The good news is that I got free food toward my $1 Thanksgiving for 6 meal challenge, but that bad news is that had I been a little more prepared, I could have done much better.

Last week Del Monte Fruit Smoothies and Betty Crocker Fruit snacks were on sale, so I ended up buying about $600 worth of them (spending about $19 out of pocket) for local food banks. Because I don’t run stores dry when I buy these (I always leave plenty on the shelves so others can take advantage of the deals as well), I ended up going to a number of different stores. As I was getting a shopping cart at one of them, this caught my eye in the basket: 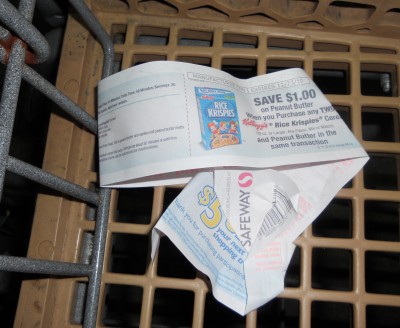 When I looked closer, I was pleasantly surprised to find that one of the coupons was for $5 off anything:

The problem was that it was late in the evening when I found it and the coupon was expiring the next day (but I already had plans so I knew I wasn’t going to make it to the store). Since the only coupons I had on me were for the fruit snacks and fruit smoothies, I couldn’t make the deals better by stacking it with some manufacturer coupons. To top it all off, I hadn’t decided what I was going to try for the menu yet, so I couldn’t use it to go after some of the spices or other odd ingredients I may eventually need.

I decided to play it safe and go for stuffing ($2.00 each — which really hurts since the stuffing is available at Target this week for only $0.25 a box) and gravy ($1.00) which meant I got all three for free. 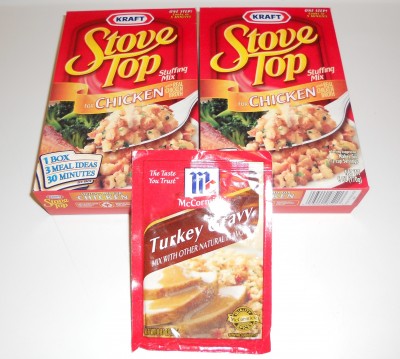 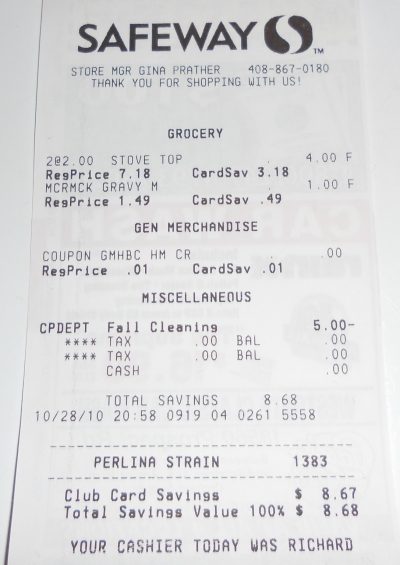 I’m pretty disappointed in myself for not getting more with the $5 coupon since had I been a little more prepared, I could have come away with a lot more. While stuffing and gravy are now taken care of, I simply have to keep my fingers crossed that I come across a lot of good deals these first couple of weeks in November so that I can pull this challenge off — or I will never hear the end of it from my sister.