10 Ways to Save Money on Healthy Food

A lot of people state that while they want to save money on food, they don’t have the money to eat healthier because of healthier foods, including fresh fruits and vegetables, are too expensive. However, if you’re a smart shopper, you can not only buy healthy food, but you can do it while saving money. Here are a few ideas on how you can save money while purchasing healthy food. 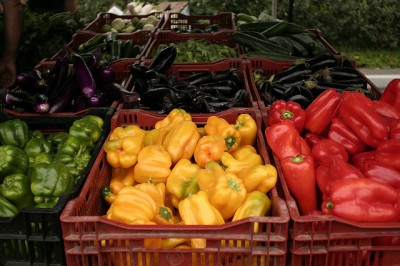 One of the easiest ways that you can save money is if you purchase fruit and vegetables that are in season. Seasonal produce is much cheaper because there’s an excess of stock which drives the prices down. Obviously, this means that out of season produce is more expensive. So, for example, strawberries will be cheaper during the summer than they will during the winter.

When you’re at the grocery store, have you ever grabbed pre-cut fruits and vegetables because you thought you didn’t have time to cut the produce yourself? It’s easy to grab the simple, pre-cut option. It saves you time. However, it does save you money. It’s cheaper by at least a few dollars to buy fresh produce and cut it yourself. At most, it should take no longer than twenty minutes, and surely you can find at least 20 minutes for that, right?

While there’s nothing that’s as delicious as fresh fruits or vegetables, sometimes they’re more expensive than their frozen counterparts. Most frozen fruits and vegetables are frozen with all their nutrients included, so you’re not missing out on any health benefits. It’s also cheaper to buy frozen fruits and vegetables for the produce that’s out of season. Additionally, if you buy generic or store brands, you’ll also be saving a couple of dollars.

A lot of big name companies try to market their healthy foods, such as low-fat drinks or high fiber cereal, as being the only options out there. However, most supermarkets produce their own brand of healthy foods that are just as good as the name brand ones. Best of all, the supermarket brands are usually cheaper. If you’re really trying to cut your budget when you ship for healthy foods, consider picking up a generic brand.

Grow Your Own Food

You might not be able to grow every type of food you enjoy, but it’s perfectly possible to grow some produce or spices in your house or apartment. Growing your own food will help you cut costs and provide you with delicious, healthy food. If you’re an excellent gardener, you’ll hopefully be able to re-grow these plants each season.

Many health stores, farmer’s markets, or co-ops sell whole or organic grains by the pound. If you know you’re going to be eating a lot of grains, it’s probably in your best interest to buy bulk. For instance, a co-op might sell oats for $1.50 a pound whereas a can of them at your supermarket might run for $3.99. You’d be saving at least $2 for every pound you buy. If you buy five pounds, that’s $10 you could save!

One of the most obvious ways to save money on any type of food is by using coupons. If you haven’t noticed, there are more healthy foods coupons being distributed. These coupons come from your local paper, online, or directly from the retailer themselves. If you’re serious about trying to buy healthier options, keep up on the coupons that might be available.

Visit a Co-Op or a Farmer’s Market

Farmer’s markets or co-ops generally have the same type of produce and healthy grains that you would find in a supermarket, but for a lower price. You also usually have the option to buy in bulk, which can be significantly cheaper than buying products individually. Certain co-ops and farmer’s markets might also specialize in organic or locally grown foods, which would otherwise be outrageously expensive in a supermarket.

A lot of well-known supermarkets such as Whole Foods, Trader Joe’s, Shaw’s, Safeway, or WalMart tend to have similar prices for their food items. Their sales might differ each week, but many supermarket chains have set prices to keep up with their competitors. If you’re looking to save money on produce, grains, or other healthy foods, try shopping at ethnic supermarkets. Asian, Mexican, or Middle Eastern markets, for example, tend to have lower prices for spices, beans, grains, and other items.

Save Money Without Using Coupons
June 4, 2013