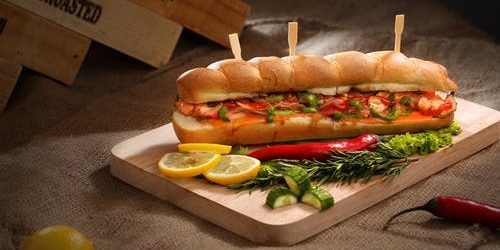 If you’re low on groceries or just not into cooking for the night, there are many places you can stop by to grab a quick bite. If you are  healthy and want a good sandwich, Subway should be your next stop. The sandwich shoppe has fresh ingredients and flavors to satisfy different appetites.  Not only is the restaurant making your favorite subs, soups, and salads, they are offering loyalty rewards for sweeter deals. Let’s see what the new Subway MyWay Rewards App.

The Subway app came out in 2018 in the United States and Canada, though I have only heard the buzz about it over the last year. It is the franchise’s attempt at entering the digital/mobile sphere and offering loyal customers perks for their continued support. The app is similar to other restaurant incentive apps and offers customers surprise treats, redeemable tokens, and so much more.

The Subway MyWay rewards offer 4 tokens for every $1 spent in-store or through the app. If you are using cash to pay in-store and want to collect rewards tokens, you simply scan your barcode. If you want to order ahead, you can pay through the app by adding your card details into the wallet or asking to pay in store. For every 200 tokens, you collect you will earn $2 to spend on a future purchase.

The application also features current specials and coupon deals you can take advantage of. Currently, on the app, they are featuring $1.89 Subway Sliders. The deal is good for the Ham and Jack, Italian Spice, Little Cheesesteak, and Little Turkey sandwiches. They are also Featuring 6” Oven Roasted Chicken and Veggie Delight sandwiches for $2.99. As far as coupon deals, there is only one current deal. The deal is to save 10% on a footlong or salad and the deal runs through 1/28/2020.

Other Ways to Save

While the app offers limited deals and savings, there are other ways to pick up Subway for less. For instance, you can sign up for the weekly text offers. These weekly deals come right to your phone just when you need them. The deals usually arrive Mondays and Wednesdays every week. The deal sent early this week was get 3 footlongs for $18 after 4 pm and ran through 1/21/2020. If this is your first time enrolling you will get any 6” sub for $2.99 just for signing up. All you need to enroll in is to go to this website, enter your cell phone number, and zip code.

If you don’t want another company sending out text, look in your mailbox for offers. The company usually sends out coupon flyers with even better deals for you to take advantage of.

Subway is joining its peers in the digital landscape and offering up deals and rewards to loyal customers. If you have run out of recipes, or become too tired to cook you should head over to the restaurant for fresh deals and meals that will satisfy the entire family.