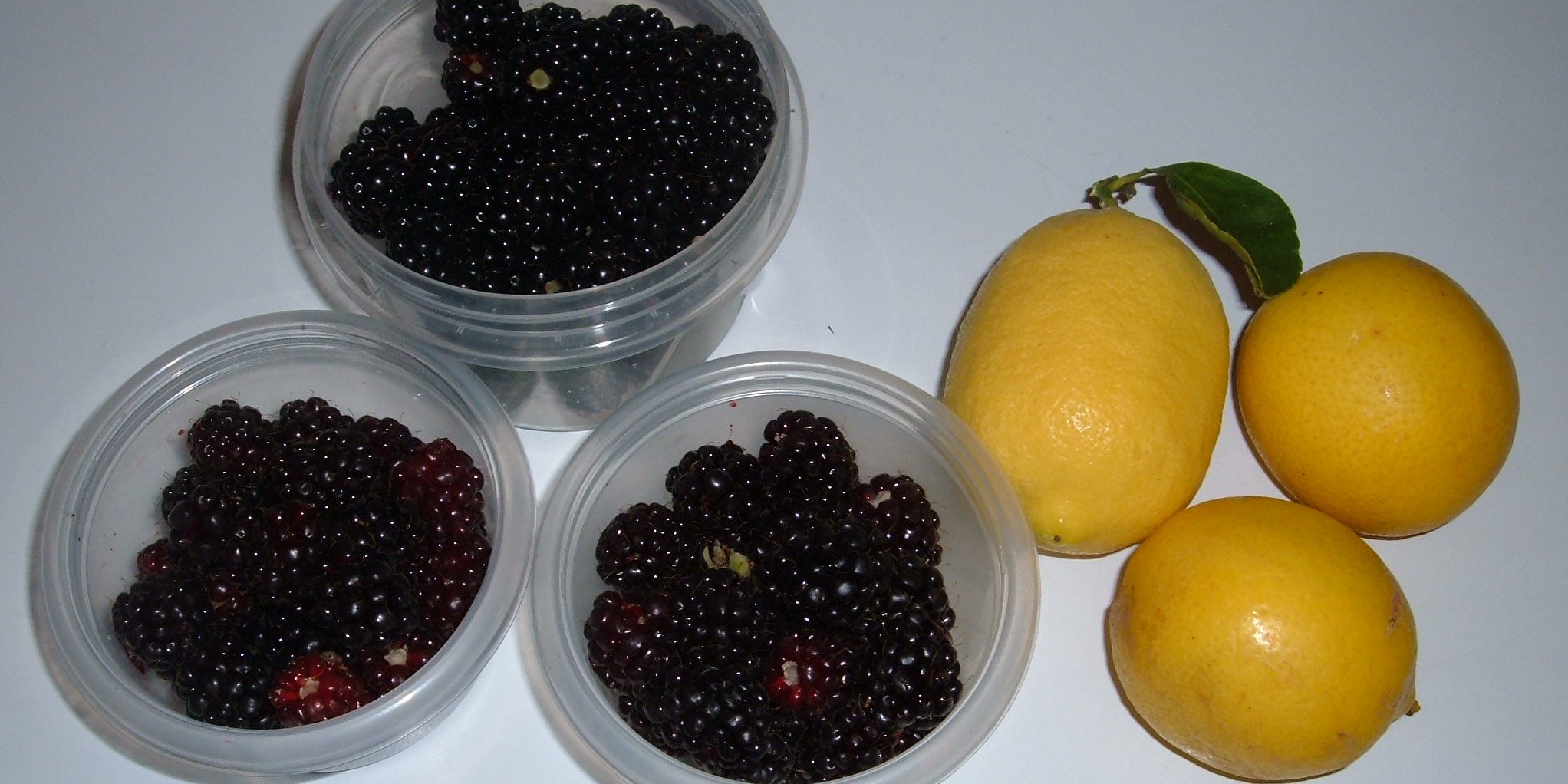 I decided to do some more foraging today. I needed to get some more lemons because I had already gone through the three I had picked, so I grabbed another three. I also found a bunch of blackberries — enough to fill three small containers. 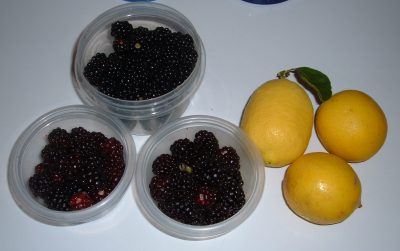 Even better, I found a spot by the river that is covered (huge area) in blackberry bushes, but the bushes are just flowering now so it will be a couple of weeks before the berries start to ripen. When those begin to ripen, I should have as many blackberries as I want (as long as not too many others discover the spot as well).

Of course, after scoring all the blackberries, I had to try them out. They are still hit and miss with some excellent and others still a bit sour, but overall a great edition to have. For the early breakfast I had a bowl of Cheerios with blackberries on top: 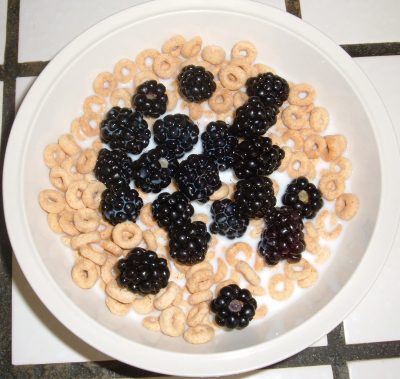 For my later morning meal, I decided to give potatoes another go. This time I took some of the advice readers have left. I used a shredder to shred the potato into thin strips and then used a paper towel to get as much water out of them as possible. I placed plenty of oil into the pan and let them sit still until they started to brown. I added salt and pepper and finally made my first decent potato dish: 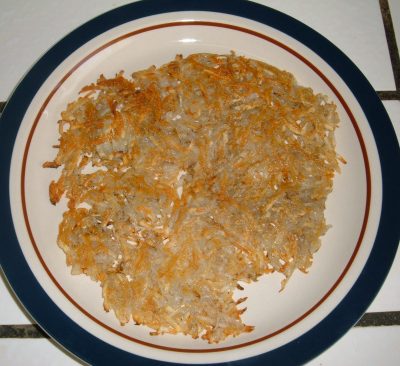 I was so happy that I just wanted to eat it plain and simple since all my other ones I had to add something to them to make them edible. After I finished it up, I also had a bowl of blackberries and banana: 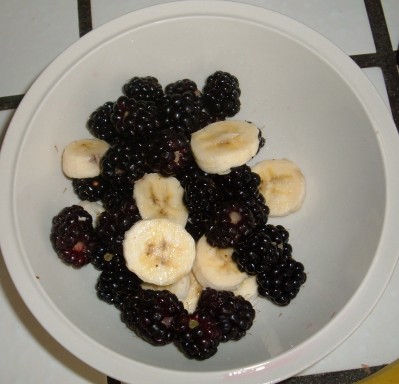 I still have deli style chicken that I need to use up, so I made myself a sandwich on whole wheat bread with a bit of the Dijon potato salad sauce, lettuce and a sprinkling of cheese. With it I had a handful of tortilla chips, my last Power Bar, a bit of the steamed carrots and broccoli and another small bowl of blackberries: 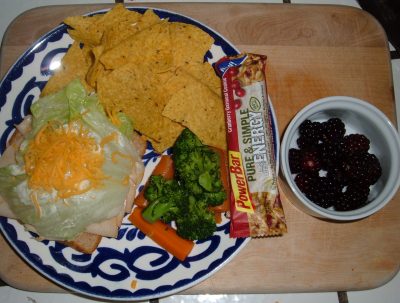 I also had my favorite peanut butter and banana sandwich (this now has to be a snack since my sister still doesn't consider it a proper meal that others would find appetising) on flat bread as a late afternoon snack with some toasted Wheat Thins chips: 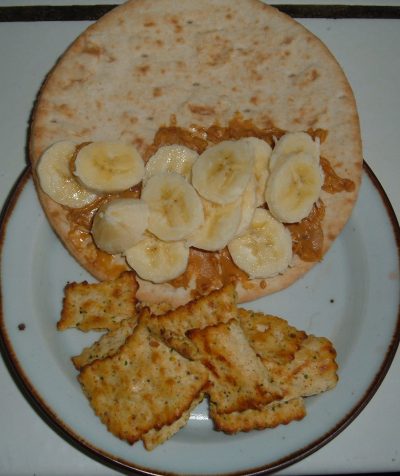 My nieces decided that they wanted BBQ hamburgers and wanted me to join them. Since I didn't have any hamburger, I took over a couple of the turkey franks to BBQ. I had the first wrapped in flat bread (the second was in whole wheat bread) with onions and a bit of the Dijon potato salad sauce. I then had the steamed carrots and broccoli on the side: 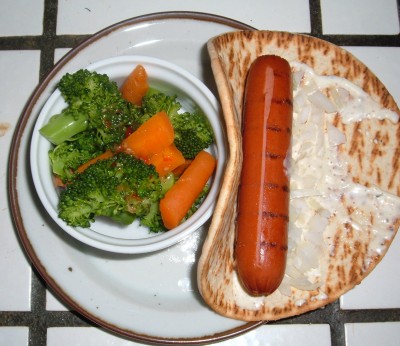