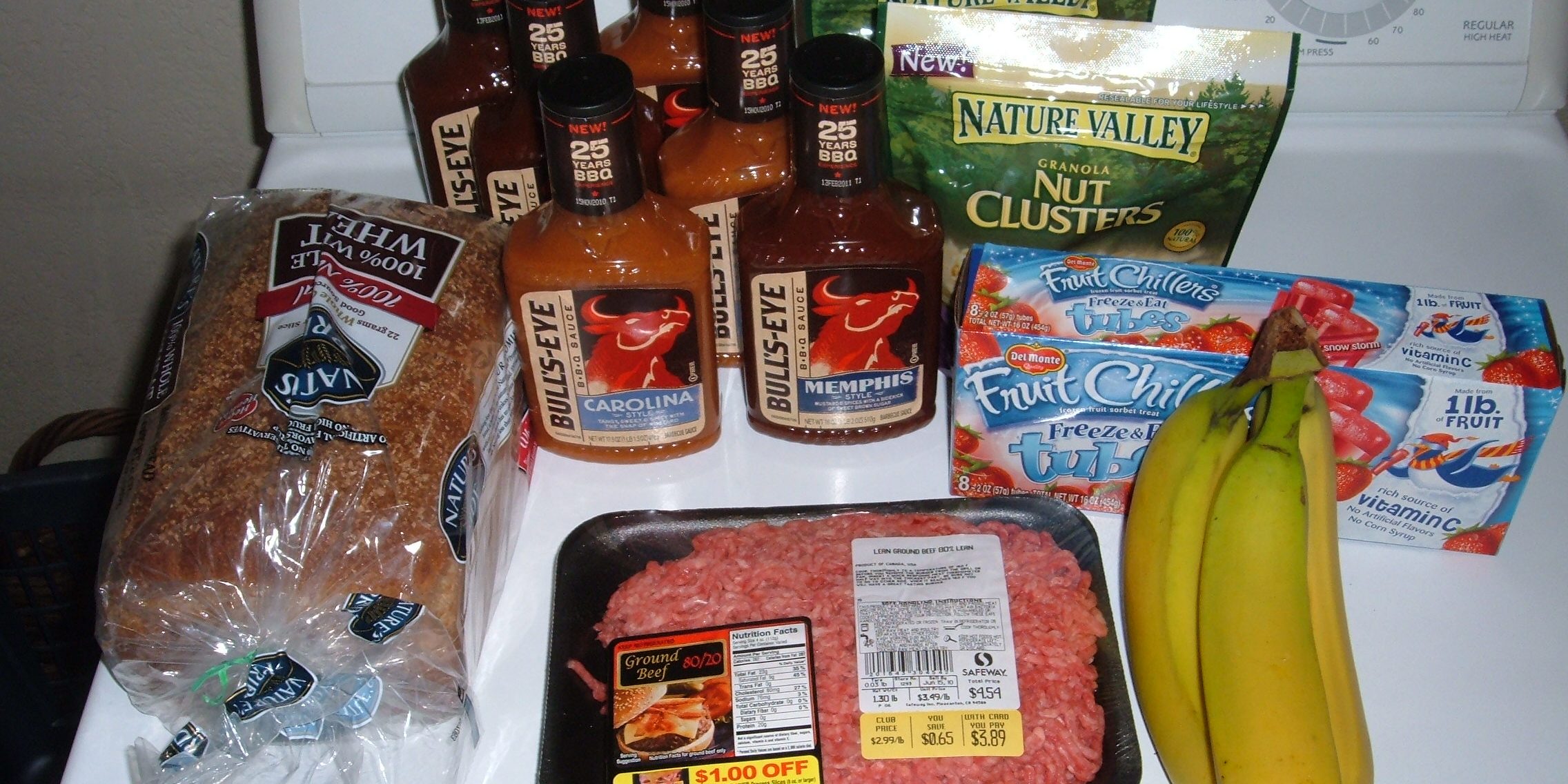 There are people out there that love to clip, sort, organize their coupons and have a huge binder full of them that they can take to the grocery store so they are prepared for every deal that they come across. I am definitely not one of those people. I hate couponing and, quite frankly, simply don't have the time to spend hours getting it all organized.

I do not clip, sort or organize my coupons. If you were to ask me what coupons I currently have, I wouldn't be able to tell you. I have no idea what is all there and since I have no idea, I spend a lot less time on them. I view this as a hugely positive thing.

I also have coupons that I find that aren't from the newspaper inserts. I simply place these into a drawer in my desk. I only put coupons in the drawer that I think that I have the possibility of using at some point (this was difficult to know when I first started, but it has become a lot easier after a few months of couponing), so I have a general idea of what is in there, but not exactly.

There are a lot of online coupons that can be printed ahead of time. I don't do this. The only time I print an online coupon is when I am actually going to use it, so there is no organization process with these as well.

There you have it. That is my coupon organization. Nothing fancy. It takes virtually no time (just the way I like it). Now, this does mean that I miss savings opportunities, but the time saved and not having to deal with all the organization is well worth missing a few deals — and I am still able to eat well on $1 a day…

I did make another quick trip to the grocery store to use up the rest of my Rolaids coupons before the sale ended. This is what I bought: 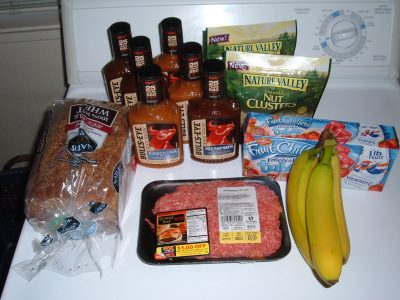 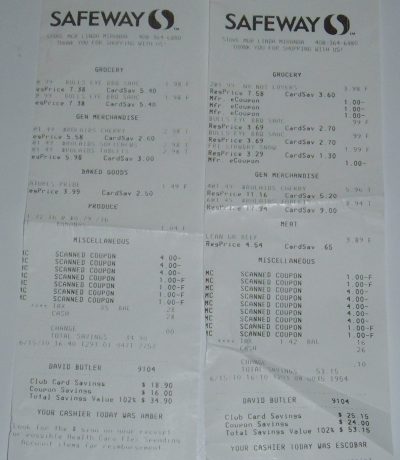 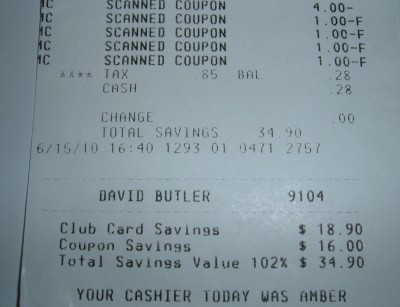 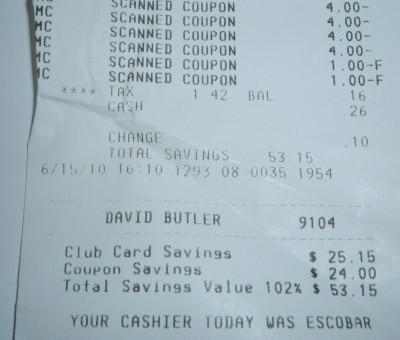 Some of the purchases were pretty lucky – the Nature Valley nut clusters had the eCoupon on ShortCuts reset just in time to allow me to get another two for free. The BBQ sauce and fruit chillers also ended up being free through stacking coupons. It will be interesting to see what deals this next week brings…

This is what I had during the day:

I received this breakfast smoothie recipe from Mary and decided that I needed to give it a try.

Blend well. Milk works better but in a pinch… 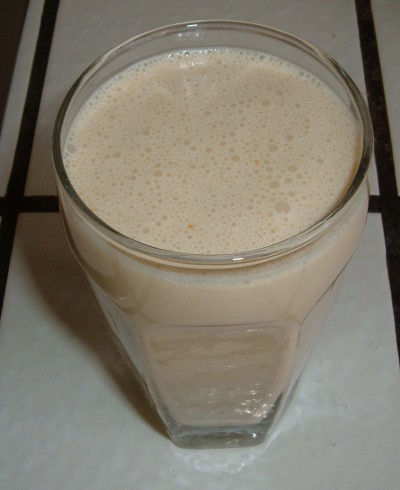 I did end up using milk instead of water and not only was it good, it was surprisingly filling — more so than the fruit smoothies I have been drinking. I can see me having this in the late afternoon when I need something simple and quick that is filling.

Several people mentioned that I had the materials to make an omelet, so I decided to try that out. I used 2 eggs, milk, frozen spinach, 1/4 onion, shredded cheese, salt and pepper. The cheese was one of two small packets left over from the Lunch Creations that I found in the back and had not realised I still had. I then heated up the rest of the scalloped potatoes I had and ate those as well: 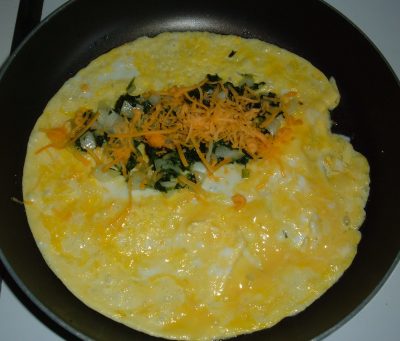 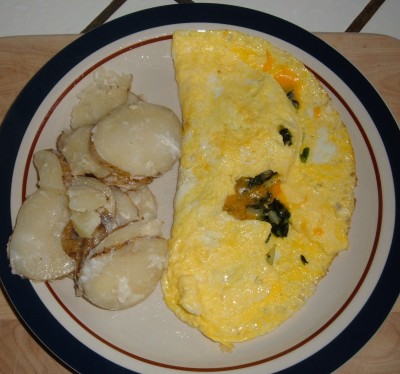 When I got back, everyone was already eating BBQ hamburgers and since I had just purchased some and the BBQ was still hot, I threw a hamburger on the grill. I toasted a couple pf pieces of whole wheat bread, added lettuce, onion, salt, pepper and Memphis style BBQ sauce to make top it: 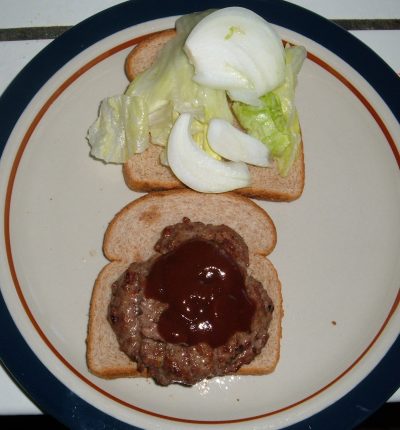 It was really good. but I was pretty hungry at that point so anything probably would have tasted pretty good. I was still hungry later that evening so I did some snacking on the tortilla chips (I have about 1/4 of a bag left) and had a couple of carrots with cream cheese as well. I have also started to drink 2 – 4 glasses of water with lemon juice squeezed in now that I have lemons again.

The Beginning ::: Day 47: Where To Get Sunday Coupon Inserts