Should I Be Able To Use Basics That I Have Purchased, But Don’t Bring With Me When I Travel? Day 58: Eating Well On $1 A Day 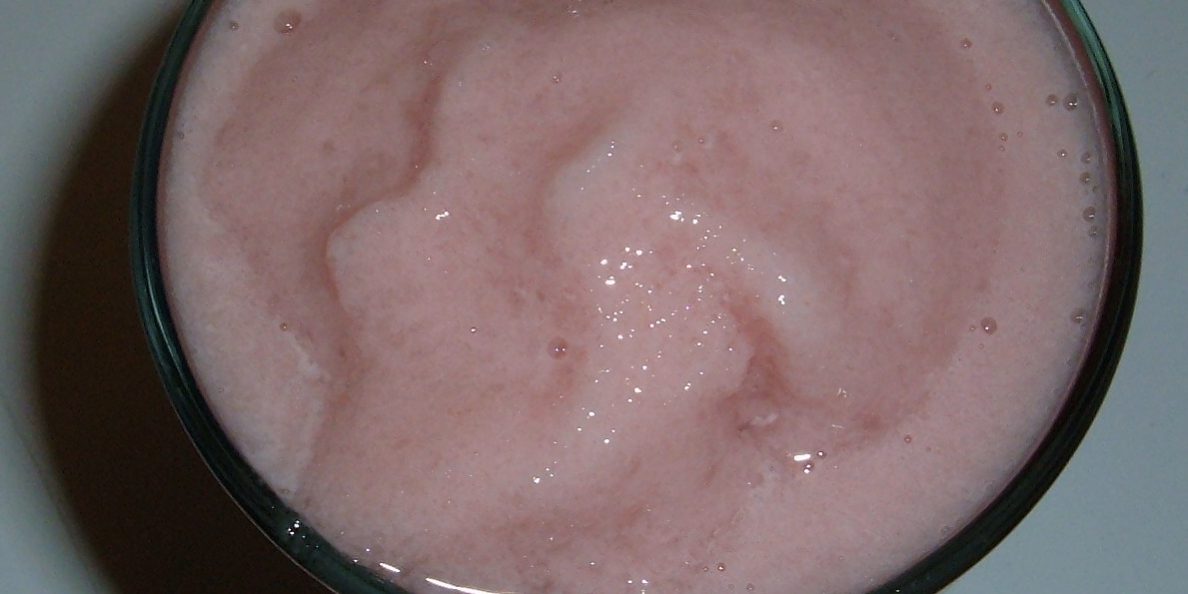 Rotten potatoes are gag reflex inducing. Unfortunately, I found this out first hand when I opened up my second 10lb bag of potatoes — and was greeted with a most unpleasant scent imaginable. Although tempted to chuck the entire bag due to the smell, I knew I needed to salvage as many of the potatoes as possible. Saying it was an unpleasant olfactory experience is a great understatement and not something that I hope to ever have to smell again anytime soon. In the end, I lost about 3 of the 10 lbs of potatoes to rot.

I should have realized it was going to be one of those days when it started off that way, especially when it was another travel day. In the past it was fine to take along all the food I had because I didn’t have much, but now that I have more food, taking it all when traveling is quite cumbersome. The fact that it is a quick three day trip makes it all that more complicated. I decided that I would just take a few things and live off of pretty basic meals for the next three days. The problem is that when I arrived, I realized that I had forgotten some of the basics.

Which comes to the next question for this challenge. The biggest things I forgot were cooking oil and spices for flavoring. The exact same things I forgot are available and I have permission to use where I am staying. My sister, invoking SARBSS (It is ALWAYS a sibling’s job to change or narrow clarify the rules when ridiculous bets are being attempted by another sibling. This is part of the Sibling Agreement on Records, Bets, Stunts and Streaks), thinks if I I forgot to take it with me, then I should suffer without it. I think that if I have purchased it, I should be allowed a little leeway and be able to use those same items since their cost is insignificant per use once they have been purchased. Time for all of you to decide and comment with your opinion:

I decided to try another orange banana smoothie this morning, but whereas the previous oranges were delicious, this one was dried out and I ended up throwing it away. With no other fruit in the house, I decided to use a cup of the OceanSpray blueberry drink with ice and a banana for the morning smoothie. It wasn’t as good as using fresh fruit, but it wasn’t bad either. Definitely worth making it if there is no fresh fruit around: 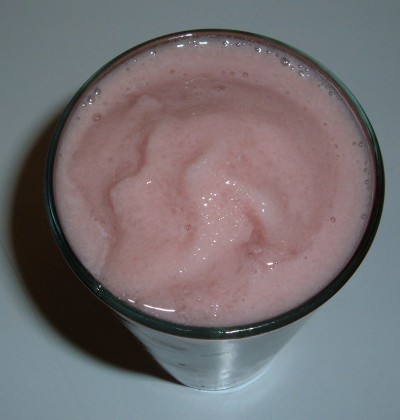 Since it was a busy day trying to get things packed to travel along with all the other stuff I needed to get done, it was a quick cereal mix of Cheerios and Kashi cereal before I headed off: 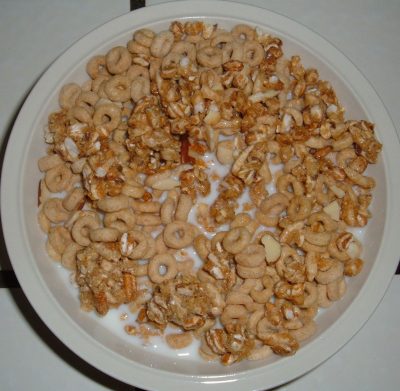 Since I was going to be on the road for a few hours, I packed myself a couple of peanut butter sandwiches and the Peppridge Farm Goldfish grahams to eat along the way.

Dinner was a hodgepodge of whatever I had on hand and it included reheated mashed potatoes with veggies, a salad (lettuce, spinach, onion, tomato, salad dressing) and pasta (with tomato and salad dressing). I also had a large glass of Blueberry Juice (mixed half and half with water — juice is too sweet without mixing it for me now) 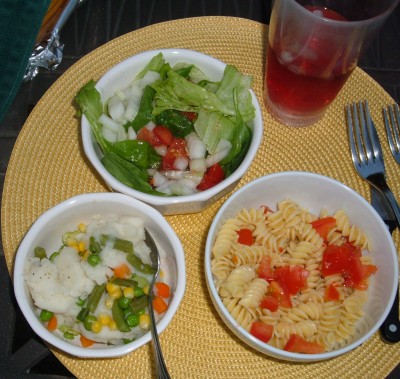 I think that my meals are going to be this way for the next few days as I have limited access to a kitchen (just making things that much more challenging) meaning that simple meals that don’t take much preparation are what will be on the menu.