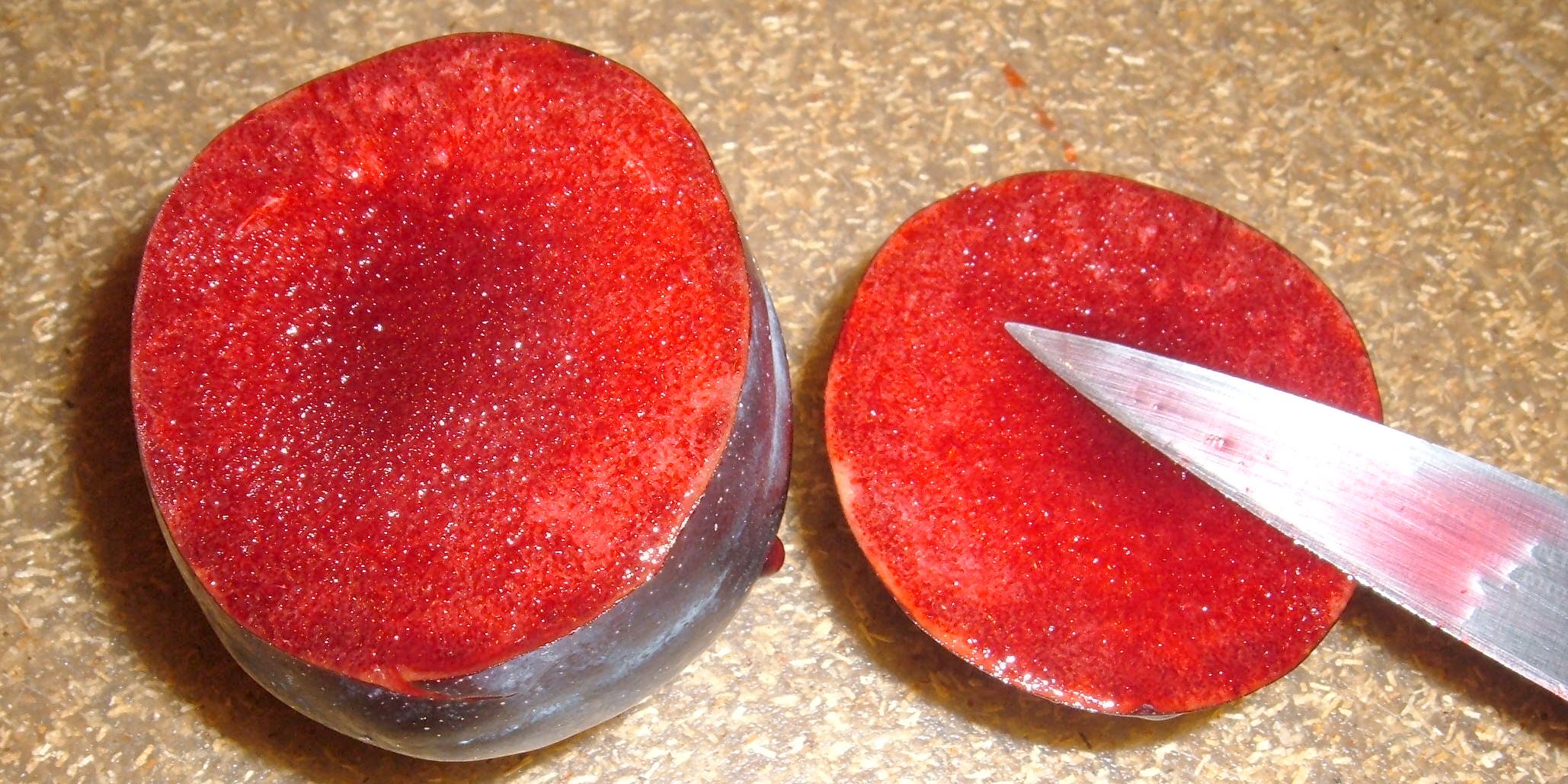 My sister is evil sometimes (how come they know all the buttons to push?). She knows that this experiment has had a huge impact at the way I look at the cost of things. I now tend to look at prices in terms of how many days of food something is worth even for non food items. So if we go to the store and there is a shirt for $15, I will ask myself if the shirt is worth 15 days of food (if you need a way to reduce the amount of shopping you do, this is a great way to do it — since starting this, my spending in all areas has dramatically fallen because most things I come across just aren't worth the price when thought about in this way).

Knowing this, my sister now enjoys watching my reaction when she asks me if I want to do things with them. “Would you like to go to the amusement park with us? It will only cost you a month worth of food.” Or “We're heading down to the pool. You should come along. It is only 5 days worth of food.” Obviously, I am going to have to find a good way to get her back (any suggestions welcome)…

A bit of inspiration for any of those that think that they can't make a difference (believe me, you can)

The best part of making a plum smoothie is cutting up the plums around the seed and then putting the seed into my mouth to eat the excess plum around the edges as I cut up the next plum. Wash, rinse, repeat: 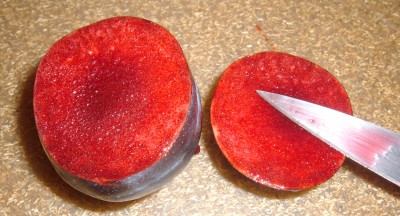 Then the portions cut off go into the blender with a frozen banana, a bit of ice and a bit of milk (I finished off the blueberry juice) and you have this to drink: 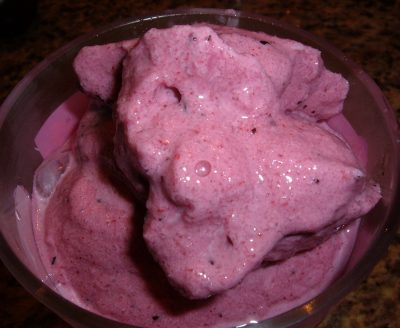 Hard to beat a morning meal starter like that 🙂

I had the rest of the cinnamon pancake mix I had made and decided that the strawberry pancakes were so good the last time, I would make them again. The only difference was I decided to cook the strawberries into the pancakes this time instead of putting them on top: 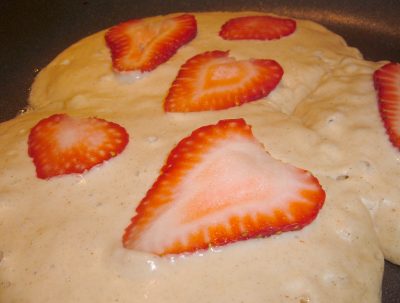 As I was doing it, however, I chickened out (I shouldn't have) I'm not sure why, but I started thinking that they might not taste nearly as good heated up (they were great), so I didn't put enough into the pancakes and also had to place some fresh strawberries on top: 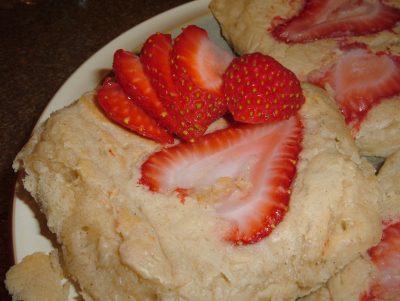 It was kind of strange having both warm and cold strawberries together, but I'm not complaining. It was still wonderful. The only sad part was that was the last of my strawberries…

Since I ended going a little light on the sour cream for the Chicken Stroganoff, I decided to make the leftovers into a pasta salad. I simply added some tomato and celery along with some Italian dressing which made a wonderful quick meal that was quite tasty: 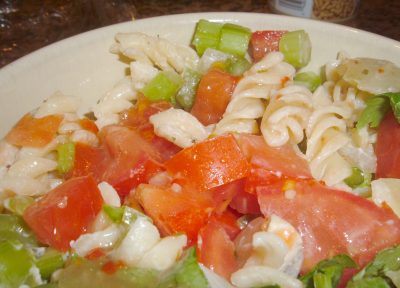 I had a bunch of different leftovers and decided that I would combine them all together to make a quick meal. It sounded good and efficient in theory, but it didn't quite turn out that way. I took the rest of the rice I had and put it in a frying pan with a bit of Italian dressing. I then added the rest of the Easy Chicken Cacciatore and the rest of the roasted veggies, As I was cooking it all up, it was smelling really good and I thought I had a hit on my hands: 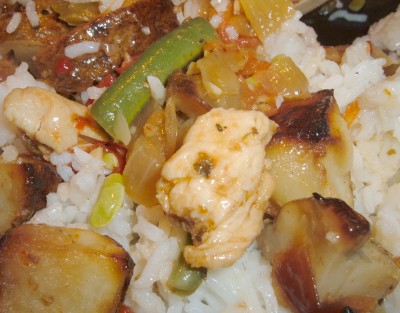 And then I tasted it. The potatoes and the rice did not go together well at all (although the other roasted veggies were fine) and I had to pick them all out: 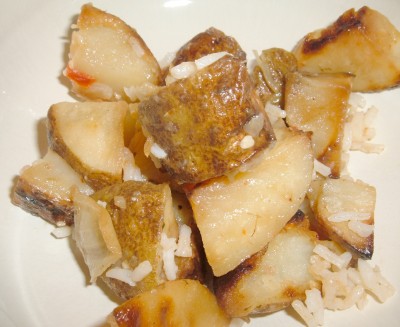 Without the potatoes it was much better, but definitely nothing special. Kind of a disappointment because it had really smelled good while I was cooking it up…

So I need to make another trip to the grocery store, but have been trying to hold out until Saturday when I have to stop by to help my sister out and can pick up some coupons I don't have on hand here. I'm not sure if I can make it that long…