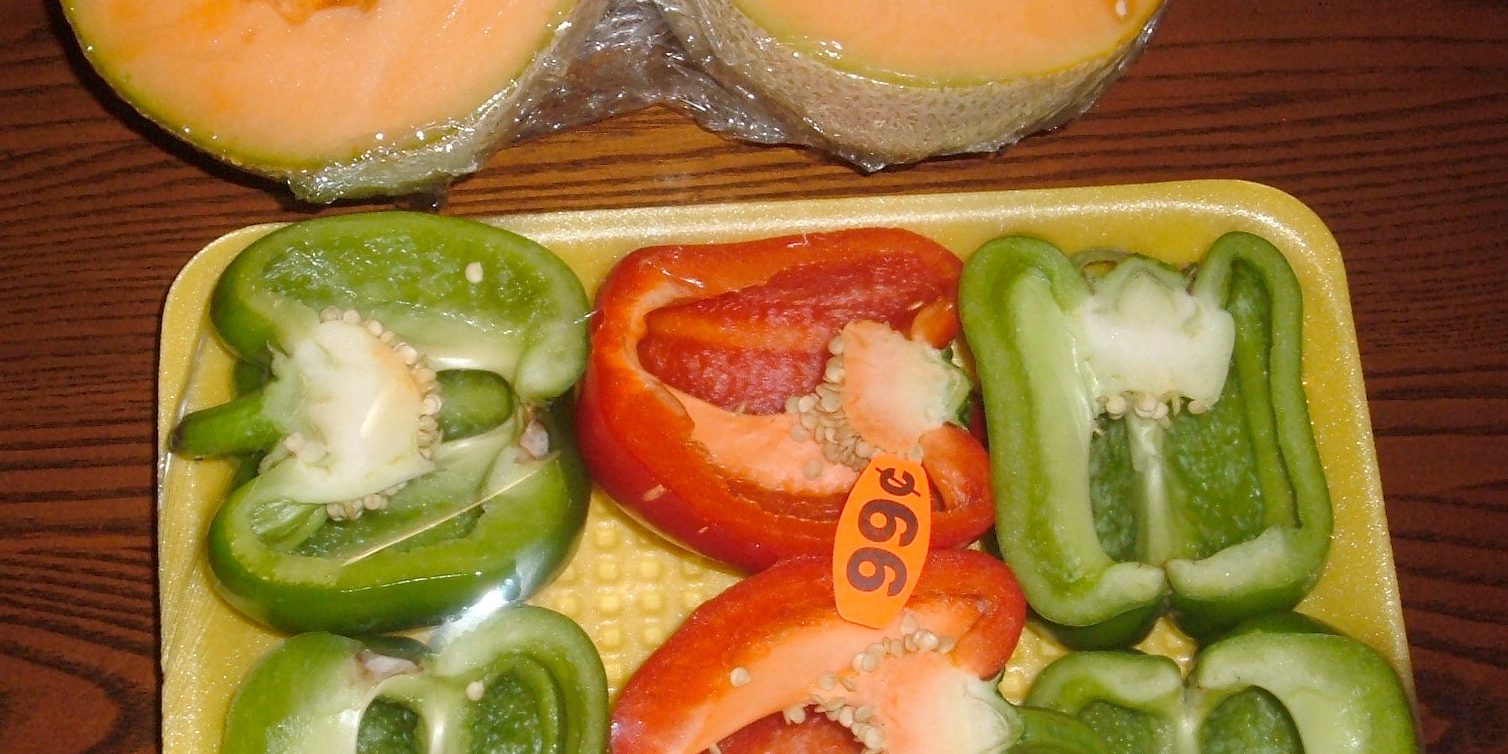 I had to make some decisions on how I wanted to proceed with this challenge these last couple of weeks. I think that I have done a decent job showing that it is possible to eat well on $1 a day and I've created a pretty decent cushion between the goal of eating on $1 a day and what I have actually spent. So the question I had to decide was whether I should see how much I could actually save and limit my purchases only when there are great deals, or splurge a little as a reward for all the savings I have done up to this point.

I would like to think that I thought long and hard about this considering both the pros and cons of each side, but that would be a lie. It took me literally 1 second to decide and thinking back on it, I probably spent much longer thinking about it than I should have. The goal is $1 a day and as long as I stay under it, all is fair game. It's time to splurge a little.

The problem, of course, is that when you have been doing this for 80 days, it gets difficult to splurge even when you know you can. I am at the point where I buy some of the stuff I want at full price and would still be fine, but I just can't do it. So I had to look around for deals that I could justify splurging on a bit.

I decided that since I was down to my last chicken breast, I would see if I could find any good deals on meat. I first went to PW Market since that is the closest to where I am house sitting (and where I scored the banana deal). While I didn't find any meat deals I liked, I did find some fruit discounted: 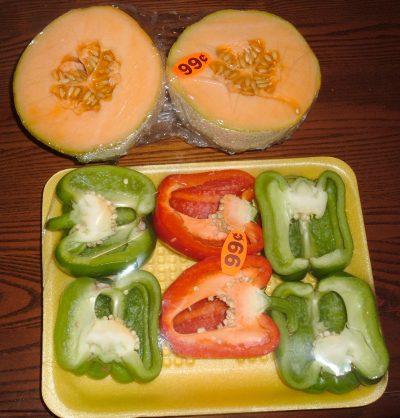 So I picked up two green peppers, one red pepper and a cantaloupe for $1.98: 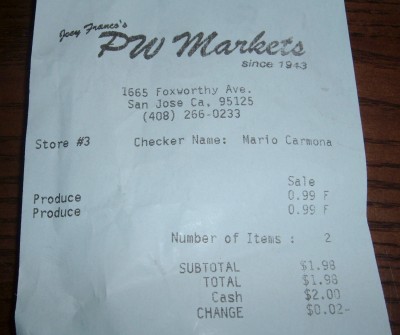 I then headed to Safeway to see what, if any, deals were available and I found some thick slice bacon discounted to $1.99. Now I know that bacon isn't healthy, but bacon is bacon and definitely fits my image of something that is worthy to splurge on. It immediately went into my basket along with 6 tomatoes: 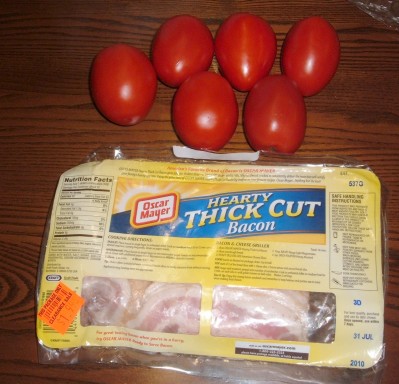 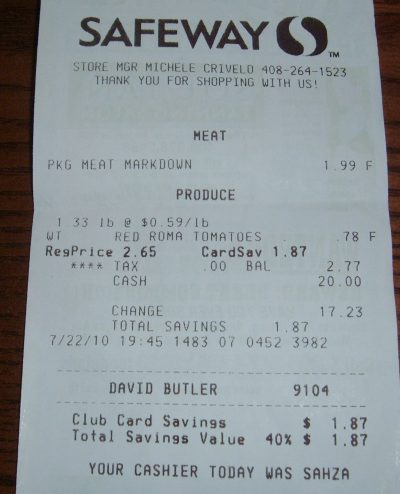 All together I spent $4.75 for the above items. Now that I have decided to splurge a bit, I'm curious what all of you would splurge on if you had $10 to spend on anything?

I may be “palate challenged” and still have no idea how to cook well, but I do make a mean morning smoothie these days 🙂 Today's was plum, banana, ice and a bit of milk: 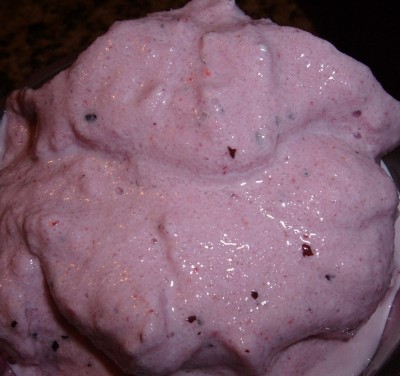 I ended up having a bowl of the Apple Cinnamon Cheerios later in the morning. I've had the gallon of milk for quite awhile now and I am afraid that it is going to go bad soon, so I need to finish it up in the next couple of days.

In the afternoon I had errands to run so I made myself my standard peanut butter & banana sandwich, celery & carrot sticks with cream cheese and ate my last granola bar.

With bacon in hand after my late afternoon shopping trip, there was no way that I was going to wait to take full advantage of having it. It was time to put together a bacon, lettuce and tomato sandwich on whole wheat bread: 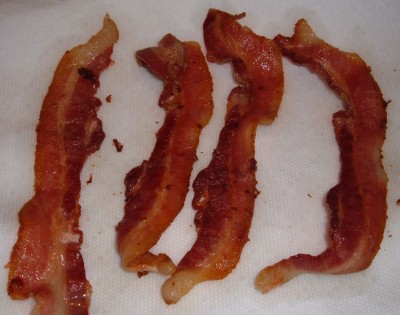 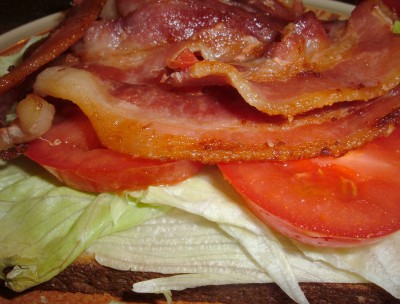 and no skimping on the bacon…

Good. Very good. I may not be able to make much, but I can make a bacon, lettuce and tomato sandwich. I also cut up the cantaloupe and had a bowl as dessert which was also delicious: 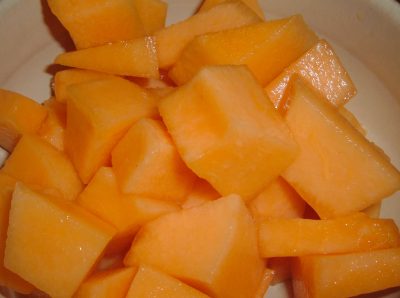