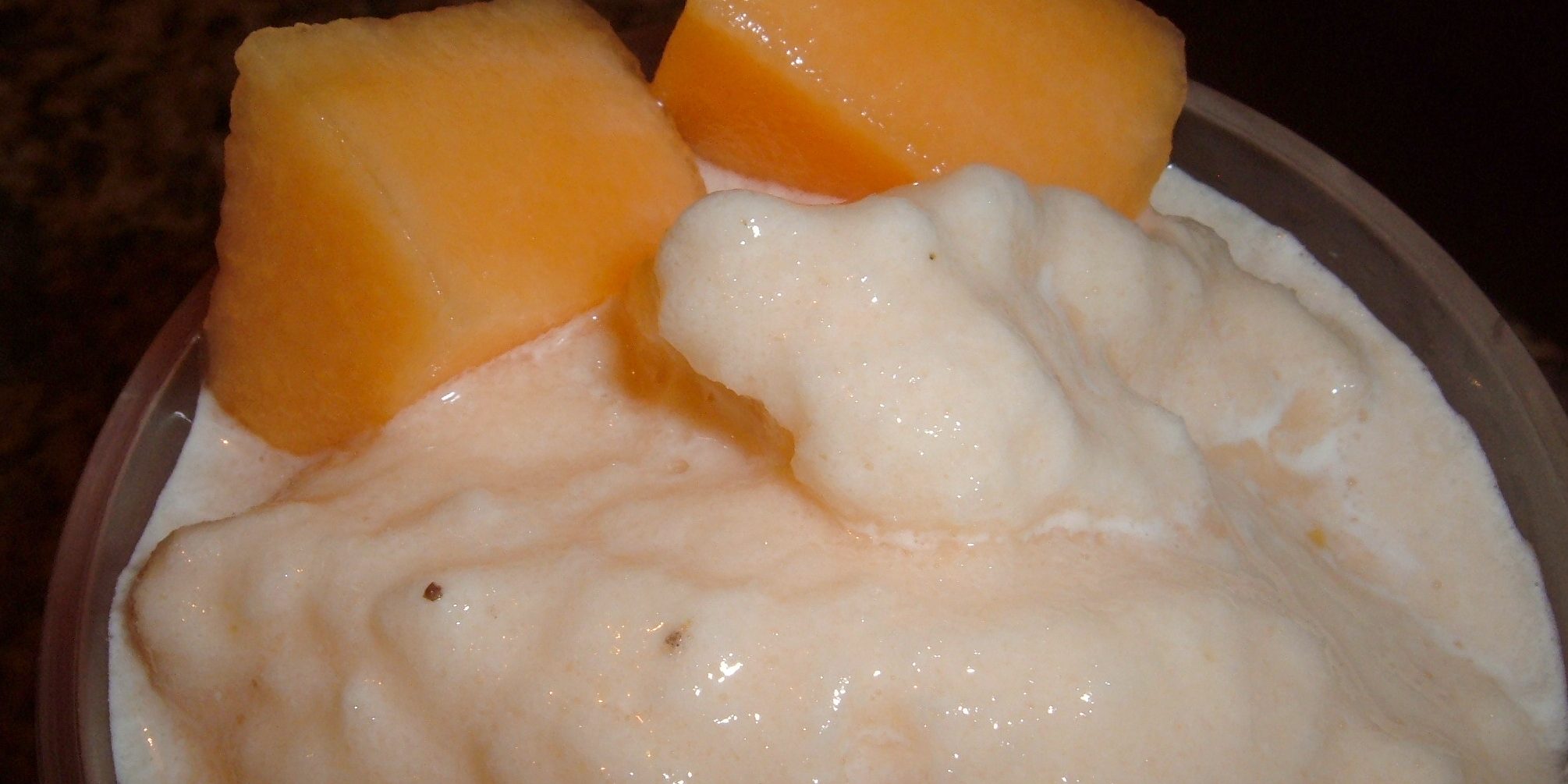 I went to see my dad to do some paperwork for a nonprofit organization that we are launching together (completely different than this project — like I don’t have enough to do these days…but I digress) which meant that I was in an area with grocery stores that I don’t normally visit. I had been checking stores where I have been house sitting to see if I could find any of the elusive $1.00 off 1 peelie coupons that others have reported finding for Kraft cheese making it free.

It did actually look like those peelie coupons existed, but many had taken advantage of the peelies before I could get to the stores in my area (the Kraft cheese sections in many of the stores had been decimated) and so I hadn’t actually seen any. But luck finally looked upon me and I found a store that still had a fully stocked Kraft cheese section with packages that had the peelie coupon still on them (it’s bright yellow in case you want to search for them at your store): 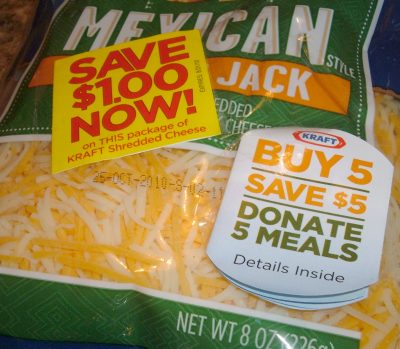 I ended up buying 15 packages (being sure to leave plenty for other people that wanted to take advantage of the promo as well) which I decided to donate to the local food banks (which I hope I don’t regret). I will be doing quite a bit of driving for various functions I have over the next few days and now that I know what I am looking for, I’m hoping to find more for the food banks and also get some for me as part of this challenge as well.

I thought I would change things up a bit and try a cantaloupe banana smoothie: 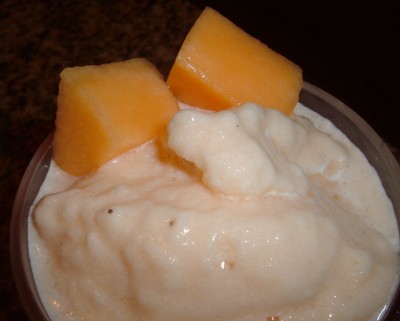 I was actually a bit disappointed with it as it ended up being too sweet tasting for me. I think I have grown used to a bit of tartness in the smoothies that I actually find refreshing in the morning. It really didn’t taste all that bad, but if I have a choice I think I will opt for another type of smoothie in the future.

I had one other idea for you. One of my favorite sandwiches is sliced tomatoes on toast smeared with cream cheese. A good way to use up the cream cheese too.

I ended up adding celery leaves along with the cream cheese and tomatoes to the whole wheat toast: 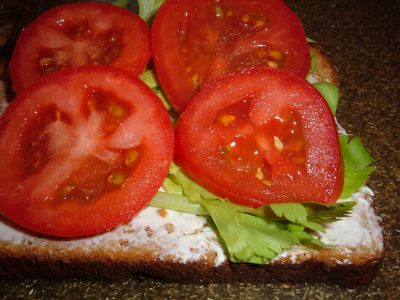 I then added a small bowl of cantaloupe to go along with it: 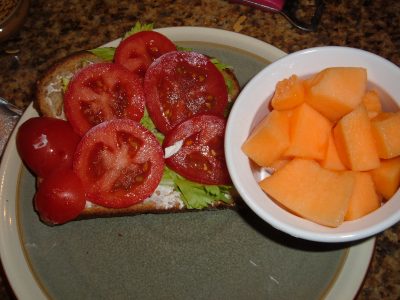 Good stuff and I can see why Michelle has this on her list of favorites. I’ll have no problem making this again and have added it to my favorite list as well.

Because I had been gone most of the day, I ended up spending most of the night in front of the computer snacking instead of having a proper dinner. It consisted of celery and peanut butter, carrots, cantaloupe, toast, M&M’s pretzels, plums and cherry plums — basically naything that I could just grab and munch on back in front of the comput3r. I’ve been trying to not do this (I have a very bad habit snacking at the computer) and have done pretty well during this challenge at not doing it much (when I do, it is in the afternoons), but I definitely failed this evening…