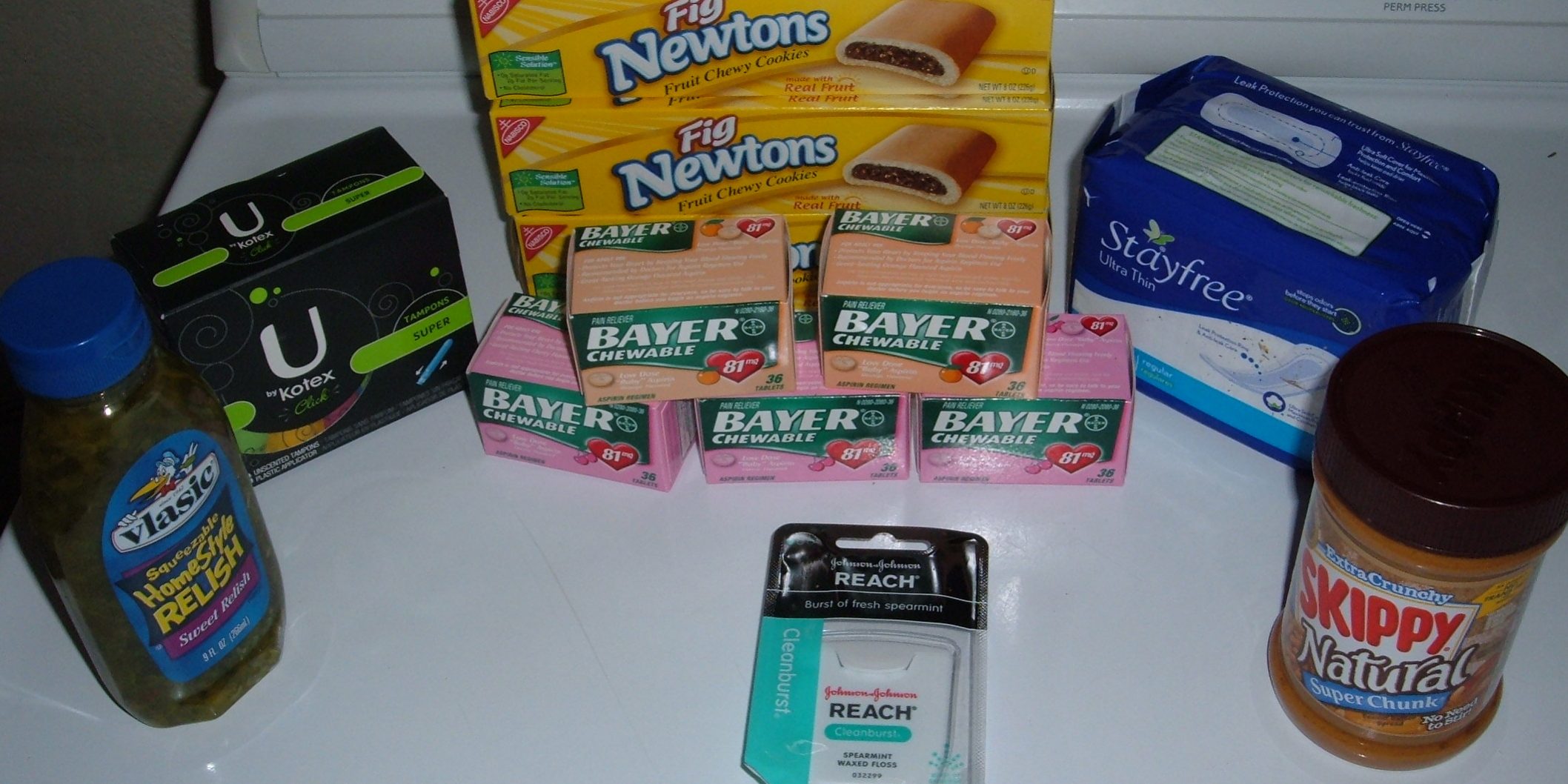 I knew when I decided to try and eat well on $1 a day that the challenge would make for some interesting quandaries which I would have to consider along the way. Little did I know how far down the rabbit hole I would eventually step in the search for free food.

It is a well known fact that men do not buy tampons, yet I found myself doing just that (not to mention the pantiliners in the basket as well) in order to make it possible for me to get some free peanut butter. I realize that by admitting that I have done this as part of the challenge, no man is ever going to attempt this challenge again. Most would rather starve to death than pick up pantiliners and tampons at the store for any reason, let alone a jar of peanut butter. I'm having serious doubts about my own sanity and manliness. The mere fact that I would actually go for this deal without considering the possible repercussions for men around the world shows that I may not be thinking clearly these days:

Woman: “Honey, can you run down to the drug store and get me some tampons?”

Obviously, this is a no win situation for any man which will eventually send him to sleep alone on the couch no matter how valiantly and desperately he attempts to recover. I sincerely apologize to all men for creating this situation, and I see a very bleak future for myself when it comes to having to shop for tampons (update: I am now ashamed at my embarrassment).

I had no plans to buy the tampons, but I received an email from CVS offering me $4 off any purchase of $20 or more: 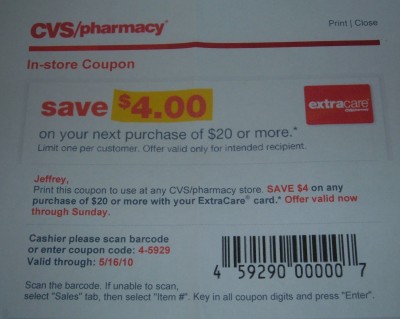 This week had a lot more opportunities than next week to get stuff for free and reach the $20 threshold — the only issue being that they included tampons and pantiliners. Since all these deals ended today, I won't go into the details since you won't be able to do them, but just give an overview of what I bought: 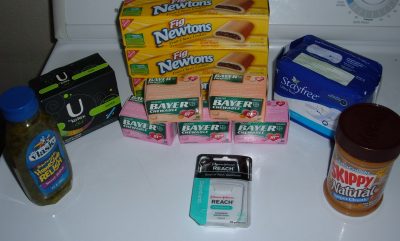 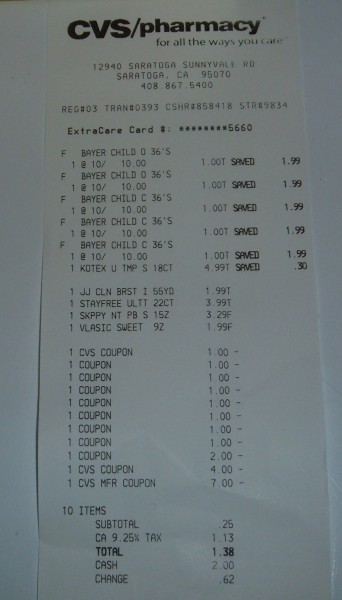 These purchases added up to $15.97 meaning that if I bought $4.03 more in anything, I would reach the $20 mark to use the $4 off $20 purchase coupon. Knowing that I was going to have to buy tampons, I ended up spending an hour trying to decide if relish, mayo or dressing — along with a jar of Skippy Natural peanut butter — would really be worth going through the checkout line. I finally decided on peanut butter and relish ($3.29 and $1.99) which brought the total to $21.25.

This meant that I actually made $0.67 on the transaction (I later decided that the mayo had more uses than the relish and traded it in – the mayo was $0.51 more than the relish meaning that in the end I made $0.16 profit) 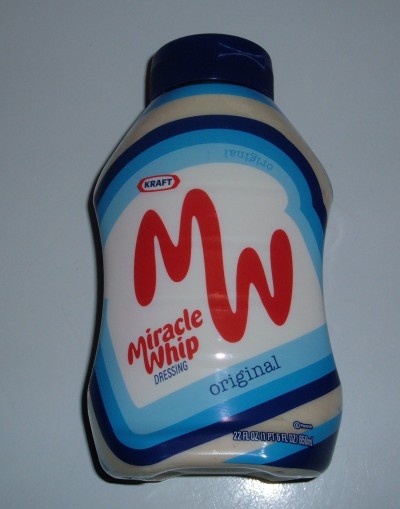 I also had a raincheck for Fig Newtons at $1 each from the previous week when they were all sold out. They had been restocked, so I purchased 3 and had three $1 off 1 coupons making them free as well: 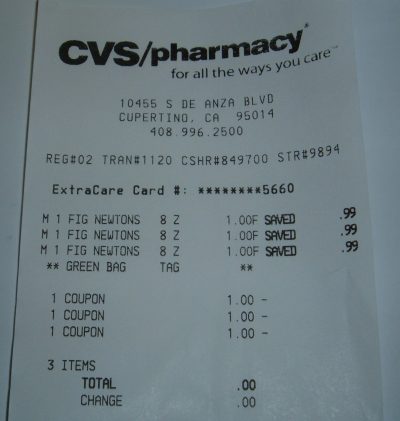 In addition to the CVS transaction, I also made a trip to Safeway to get milk and pick up a potato. The mild was 25% off and I had a $1 off milk coupon from some cereal promotion from the past which I used. For some reason, my Safeway card didn't scan meaning I paid a little more for the potato than I should have, but I didn't notice this until I was home. This transaction cost me $1.32: 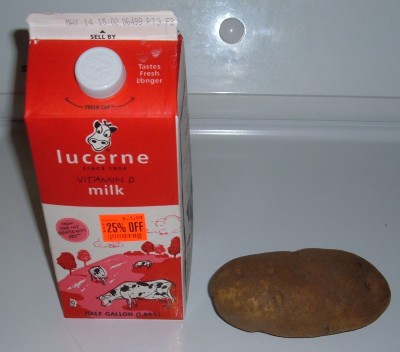 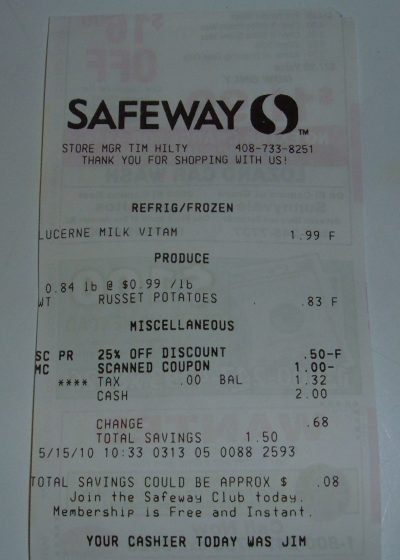 Since I no longer need to take the antibiotics I was prescribed at the beginning of the month, I skipped the oatmeal in the early morning, but I felt like I had less energy throughout the day, so I think I may go back to it again tomorrow and see if I feel a difference. Instead, I had my main breakfast about an hour earlier than I had been having it the last 10 days.

I had a bowl of cornflakes with banana on top (thus the need for the milk). I also grated up about 1/4 of the potato and cooked it up hash brown style. They needed salt and since I didn't have my Wheat Thins, I improvised and added salt from the bottom of the tortilla chip bag. I topped it with a spoonful of salsa. I also had a slice of whole wheat bread and a small cup of V8 spicy vegetable juice: 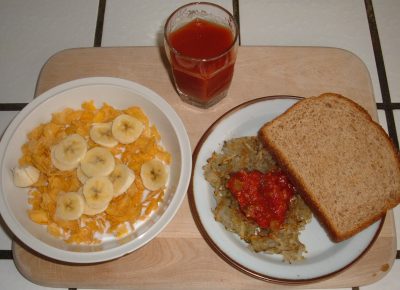 As usual, it was a busy day and lunch had to be quickly thrown together. I had a peanut butter sandwich (I was going to make use of it right away after having to buy tampons for it) with a banana (I needed to use it up because with the increasing heat, they are ripening more quickly now). I also spread onion and chive cream cheese on a stalk of celery and added a few fig newtons as well. I poured a full glass V8 Fusion 100% Goji / Raspberry vegetable and fruit juice to round it off: 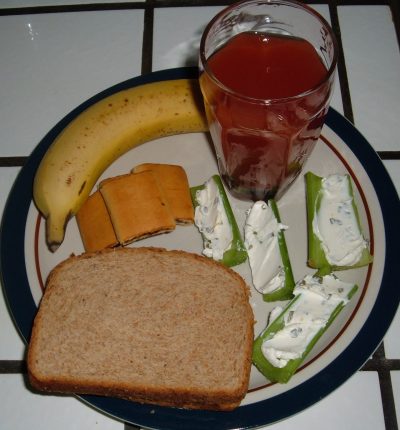 I boiled a cup full of rotini pasta for dinner: 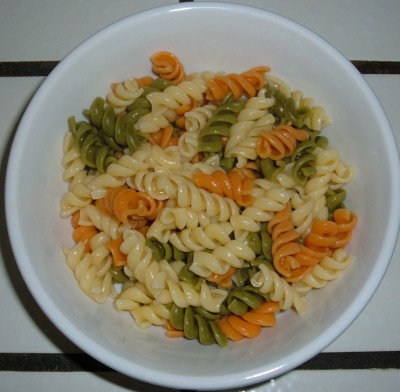 I then took a can of tuna, added Miracle Whip, a stalk of celery and half a tomato to make tuna salad. I thin placed this over the rotini to make a tuna pasta salad: 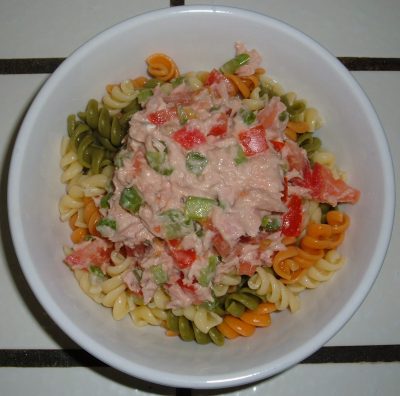 I think that these next two weeks will be a lot less stressful now that I have a decent base of food and I have my staples of milk, eggs and peanut butter with still almost half my money left to spend. It is a lot better position than I was in when this all started 2 weeks ago…