Grocery Stores That Closed Even Though They Were Once Popular 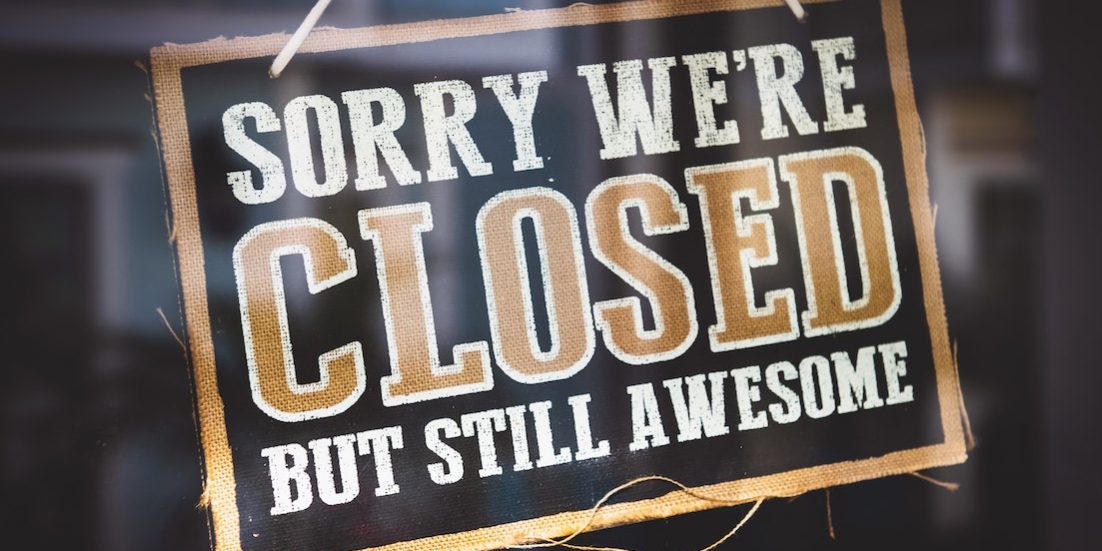 We don’t think about our grocery stores all that often. However, they’re a constant staple in our lives. We visit them often. They provide us with our daily sustenance. When a favorite grocery store closes, it actually hurts a little bit. In fact, just recently, Kroger shoppers in Dearborn, Michigan held a vigil for their just-closed local store. In honor of that, let’s take a look back at some once-popular grocery store chains that had to shutter their doors.

This one is near and dear to my own heart. Growing up, we lived in a developing area of town where there weren’t a lot of stores yet. However, we did have a grocery store nearby: ABCO. I would shop there with my mom. I would walk there with my friends. Then sometime in the 90’s, my corner grocery disappeared. Although it’s been decades, I kind of still expect to see it there when I return home.

Doing my research into ABCO’s closure, I learned that it was actually preceded by Alpha Beta. According to Insider, Alpha Beta was primarily a California chain that had some grocery stores in Arizona. They Arizona grocery stores became ABCO in the 1980s. Alpha Beta, founded in 1915, survived 90 years before it closed completely. ABCO had a shorter lifespan, opening in 1984 and closing the final shop in 2001.

Although ABCO was closest to my own heart, it certainly wasn’t one of the most widely-known grocery stores. On the other hand, most people know about The Great Atlantic & Pacific Tea Company, better known as A&P, founded in 1859. Starting in 1915, it was the country’s largest grocery retailer, a title that it held well into the 1970s. This grocery store held on through so many ups and downs. However, the most recent recession hit it hard, and it never quite recovered. A&P filed bankruptcy in 2015 and all of its stores closed by the end of that year.

For example, there’s Grand Union, which began in 1872 as Jones Brothers Tea Company, headquartered in Pennsylvania. Headquarters moved several times (and the name changed) with locations in New York and New Jersey. Most of their grocery stores were in New York / New England. However, they did have locations in other parts of the US as well as in Canada and even in the Caribbean.

The company filed bankruptcy in 2001 and C&S purchased most of its grocery stores, closing many of them. By 2012, only 21 stores remained. They were acquired by TOPS which closed nine of them. Although Grand Union had retained its name until then, it officially died with the TOPS acquisition.

Many grocery stores traveled the same financial path as Grand Union. For example, there’s Genaurdi’s, founded as a family business in Pennsylvania in 1954. Safeway acquired the company in the early 2000s, closing many locations. In 2011, they started selling off those stores. Locations were purchased by Giant, Weis, and McCaffrey’s. By 2015 the last store bearing the Genauri’s name had closed.

Waldbaum’s, primarily located in New York but with stores in a few neighboring states. The company was founded in 1904. It was actually acquired by A&P in 1986. As a result, the remaining Waldbaum’s stores closed in 2015 with A&P’s bankruptcy.

Eagle Food Centers, headquartered in Illinois, opened in 1893. They also had locations in Wisconsin, Iowa, and Indiana. The brand was purchased by California’s Lucky in the 1960s. However, the new company opened a Lucky Midwestern Division and retained the Eagle name. Unfortunately, Eagle filed bankruptcy in the 1990s. All of its stores had closed by 2003, after more than a century in business.

Similarly Montana-based Buttrey Food & Drug launched in 1896. It lasted about a century. However, it was acquired by Albertson’s in the 1990’s and the name was phased out at that time.

Marsh Supermarkets, one of the grocery stores in Ohio and Indiana, survived the 1990s but fell prey to the recent recession, closing doors by 2015. In 2001, Marsh had acquired a more upscale grocery store called O’Malias, which also naturally closed when Marsh did.

What are the grocery stores you remember that are no longer around?

Tips for Stocking Up Before Your Backyard Celebration
May 22, 2019