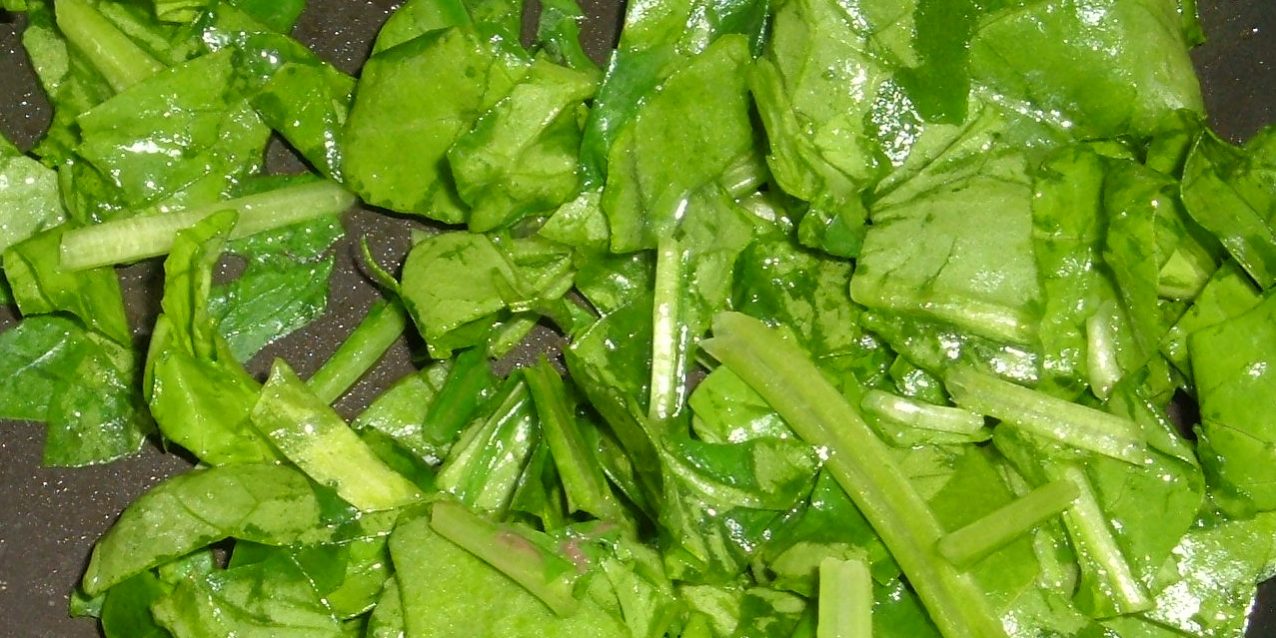 We must overcome the notion that we must be regular… it robs you of the chance to be extraordinary and leads you to the mediocre. –Uta Hagen

It was back to the old tried and trustworthy plum & banana smoothie (it appears this will be the last one unless I can find a new source for plums – I used the last ones I had from when I was house sitting and my morning walks here have revealed that the squirrels have helped themselves to everything while I was gone. All the plum trees are bare which is quite disappointing). At least I still have plenty of blackberries for the foreseeable future… 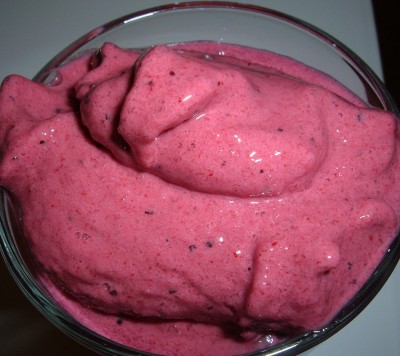 Since it has become painfully obvious that me and flipping omelets are not going to ever be friends, I opted to do a spinach cheese scramble instead (I think I would like cooking more if everything was supposed to look like a complete mess when finished because then i would know that it would be impossible for me to fail…) I started off with a handful of fresh spinach 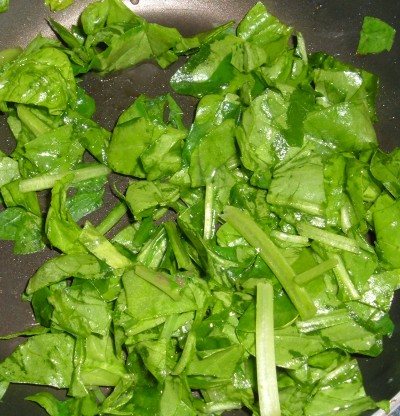 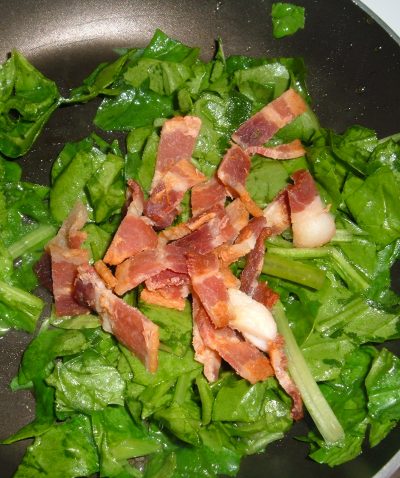 I then added a couple of eggs I had beaten with a fork a bit and when they were just about done, added a handful of shredded cheese on top 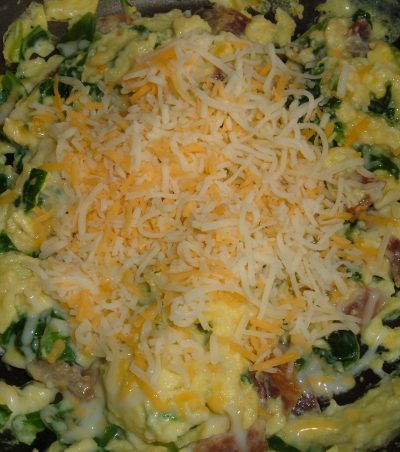 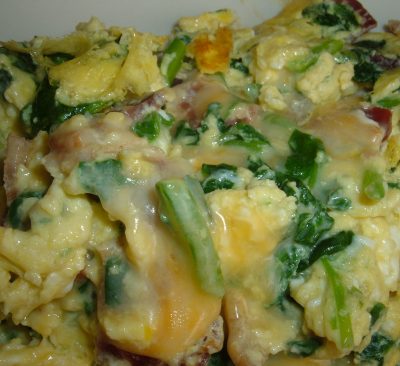 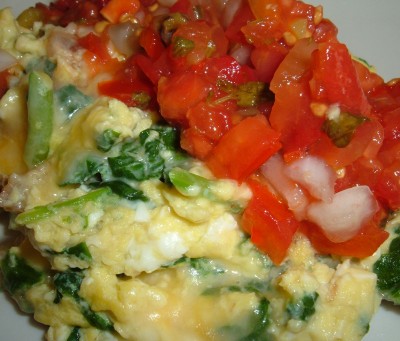 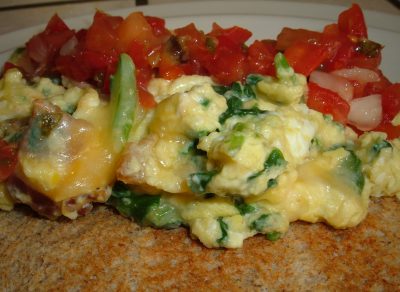 It tasted great and ended up looking like most of my past attempted omelets. I think that scrambles are the way to go for the foreseeable future.

Since it was a busy day, I took the Beef Spinach Rice leftovers i had and added some of the broccoli into the mix: 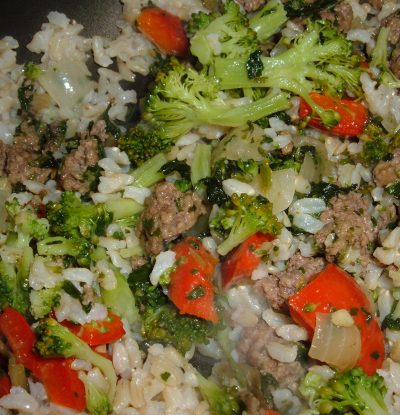 Then a large handful of cheddar cheese: 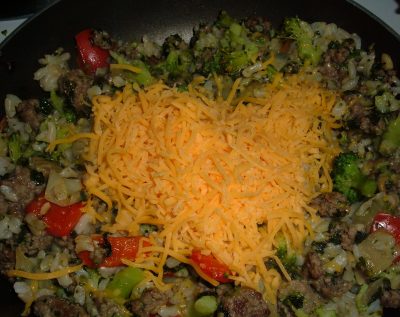 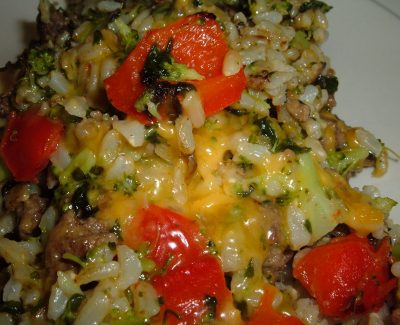 The Beginning ::: Day 92: Walking Helps Me Keep My Sanity