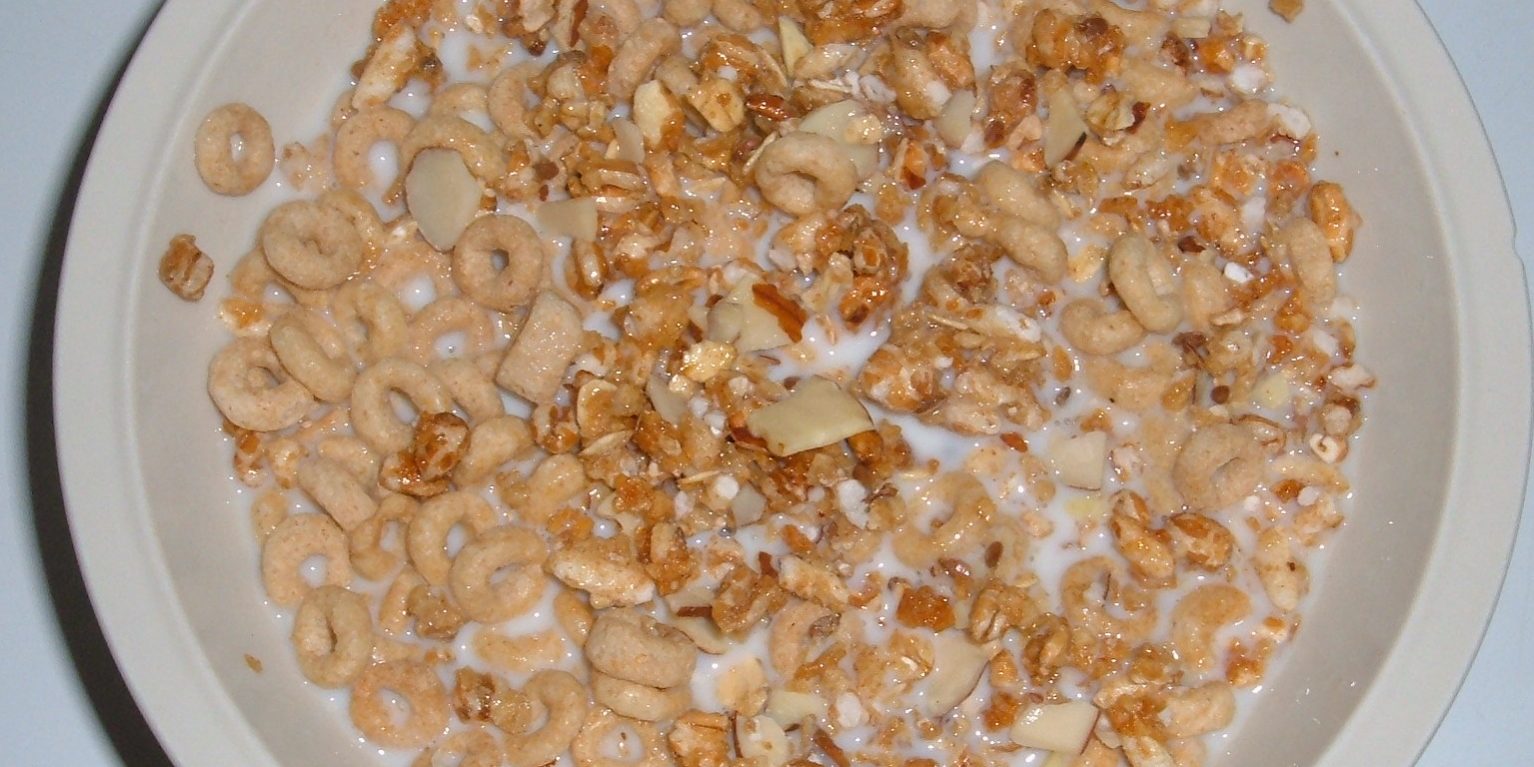 I really should do another decent sized shopping trip to get needed basics again, and I have been avoiding doing so like the plague. I have absolutely no desire to do so (probably not the best feeling to have on a blog that is about grocery shopping). I know that I am going to be traveling in a few days and I know what a pain it is to take all the food I have along with me, so I think that subconsciously I made the decision not to shop so I wouldn't have so much to take with me.

I'm not sure if this is a good thing. On the one hand, it shows that I have built up a big enough base of food that I can feed myself for a week or more without shopping which is great, but it also is setting myself up for having to spend more because when I do run out of food, I will have to buy what is available and not what is currently the best price. I hope that this doesn't come back to bite me later on.

What this all indicates is that I have started to get lazy and complacent on spending because of the $25 cushion I have managed to create (in relative terms to how closely I had to watch my budget when I first began this challenge). I have even been skipping some deals that I would have definitely done in the past because I don't have to do them. I think I have even reached the point where I feel comfortable enough to start getting myself some things I would have considered splurges in the early days of this challenge and I am hoping that by doing so I can expand on the types of meals I have been making.

I did pick up another 4 loquats on my morning walk, but have reached the point where I now have taken all the “low lying hanging fruit” and will have to figure out a way to reach the fruit that is higher up in the tree: 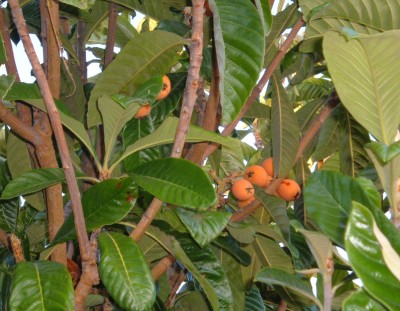 Anyone have a good suggestion for this?

I have been hurting a bit in the morning because I haven't purchased bananas for awhile which I need for my morning smoothies and thus I have been relying on cereal. I will no longer be able to do that. I am completely out of both the Honey Nut and regular Cheerios and only have a small bit of the Kashi cereal left (just enough to add to a cup of yogurt). I'm not sure what I will do in the next couple of days before I begin the new house sitting job, but I guess i will have to improvise. 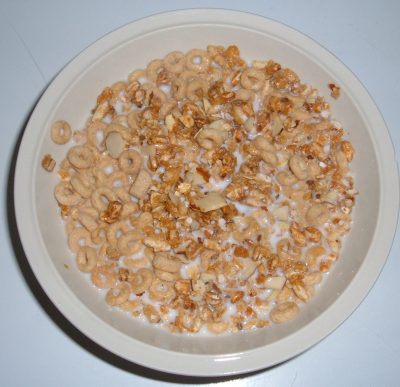 In my attempt to reduce the amount of food I have to take with me, I have been using up as much as I can of the leftovers. I decided to finish off the roasted veggies and I also made a lettuce and spinach salad topped with tomatoes for lunch: 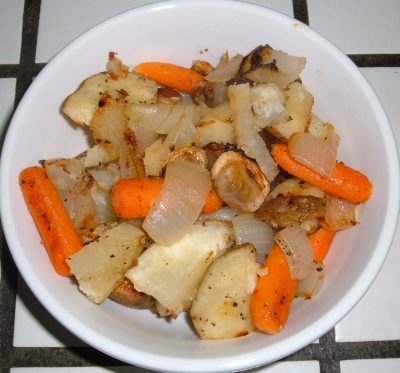 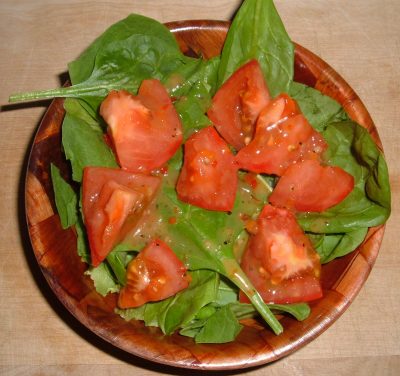 In the late afternoon I had a double peanut butter sandwich (two slices of bread, but peanut butter spread on each one) and also finished off the last of the plums I had foraged.

I decide to put together a pasta salad using tomatoes, onions, spinach and ranch dressing. I made the mistake of putting in a bit too much onion (I had to take some of them out because they were so strong), but otherwise it was a tasty meal that didn't take a lot of time. 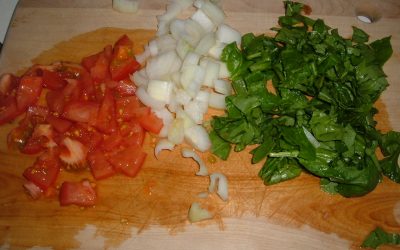 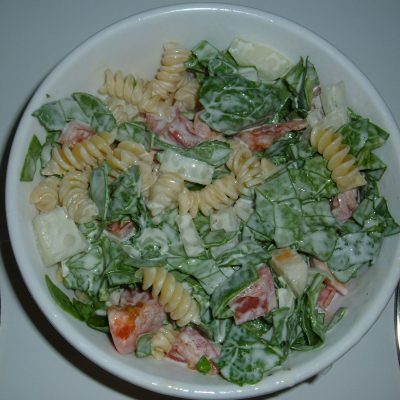