Is It Acceptable To Bring Your Own Food To The Movie Theater? Day 60: Eating Well On $1 A Day 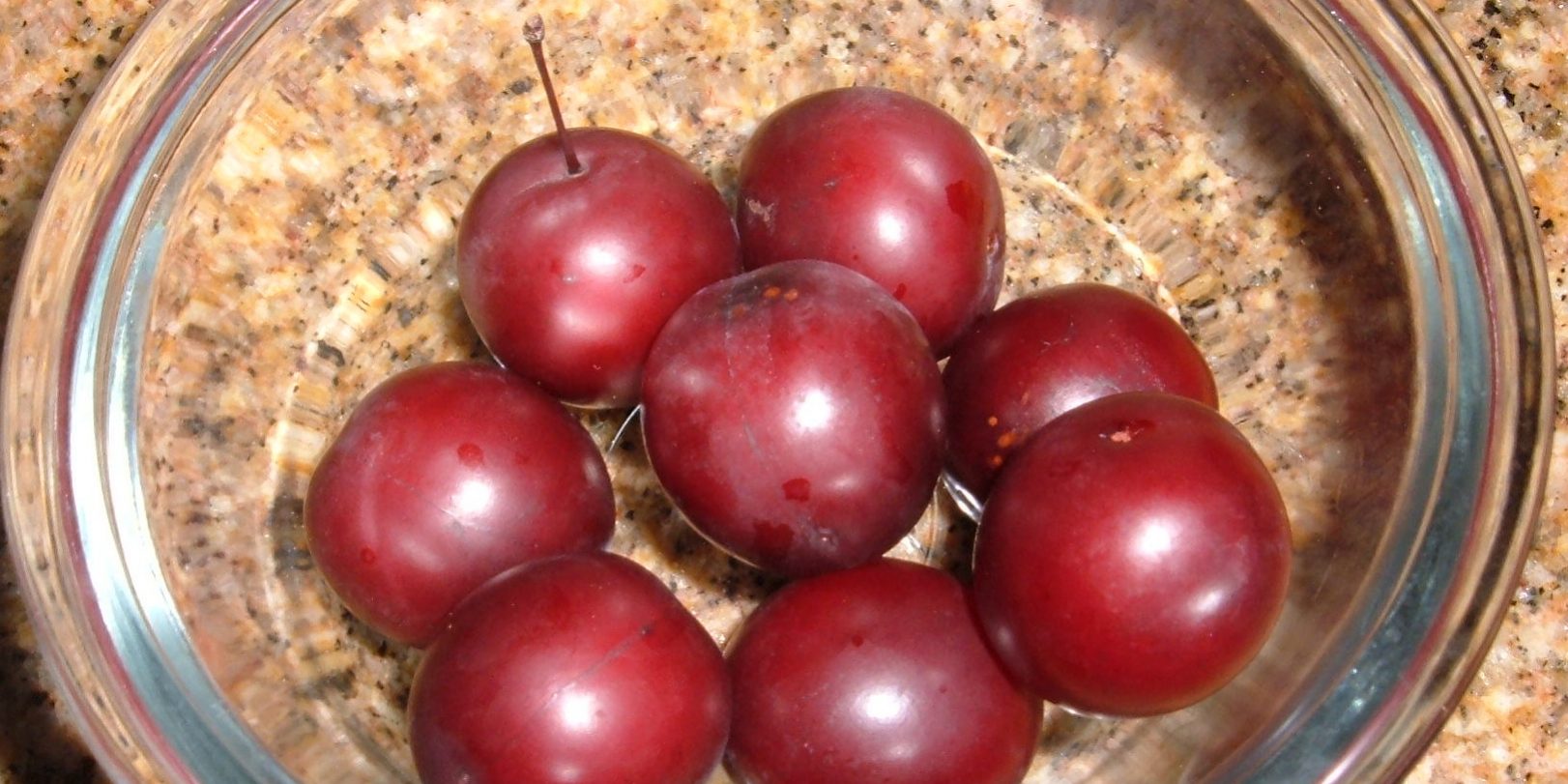 I had an interview I did a few days ago come out in the Globe and Mail (a large Canadian newspaper) titled How to eat well for $1 a day and still have leftovers. That led to several radio show requests of which I did the first one today. For anyone curious, be glad that you are reading about the challenge here and not hearing about it on the radio. I think it is fair to say that my radio presence is about as good as my cooking which doesn't make me too excited about the others coming up…

One of the most interesting parts of this challenge has been coming across situations that I have simply taken for granted in the past and trying to figure out if it is ethical or not to do certain things when living on a very limited budget. I had another one of those situations present itself to me this evening.

I was invited to see a movie in the evening (Get Him To The Greek – loved it – so outrageously stupid that I found myself chuckling to myself all the way through which is not usual for me with those types of movies – definitely more of a guy type movie though) and ran into another Eating On $1 A Day quandary. It is always more fun to watch a movie with snacks in hand, but there is obviously no way that I could afford the theater food prices with the current budget.

So the question was whether or not it would be ethical for me to bring my own snacks into the movie theater? With the assumption that you are technically not supposed to, but a lot of people still do (kind of like jaywalking), what is your opinion on taking your own food into movie theaters? Have you ever done it? Do you think it would be acceptable to do this as part of the challenge, or is that just my tough luck and I have to watch without any snacks in hand? Feel free to leave comments and your opinion:

I did a little wandering in the morning and came across some cherry plum trees. Back at my main base, there are a lot of these cherry plum trees, but this is the first time I have seen that the cherry plums had begun to fall off the tree and birds had been eating them. With those clues, I figured that they were probably ripe and picked a few: 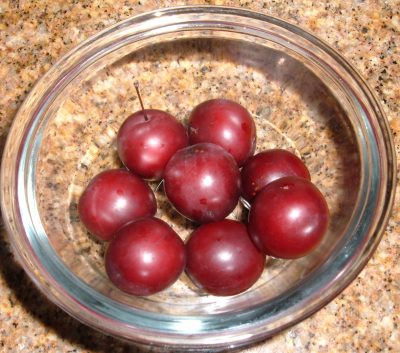 I decided to use the cherry plums I had gathered for my morning smoothie. The most difficult part was pitting them and it took me awhile to figure out a method that didn't completely destroy the fruit. I added them, a banana and ice and received this as a result: 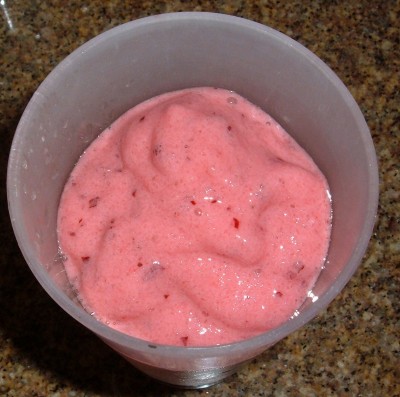 The cherry plums were tart, but not sour so they mixed well with the banana and it was a great smoothie to help me wake up. I really liked the taste although those that don't enjoy tart might not (I loved umeboshi – sour plums – on my rice when I lived in Japan, so I have no problems with tart). I will be gathering more of these when the opportunity presents itself.

I had been snacking a lot the previous couple of days, so i decided I needed something more filling in the morning. I decided that a cup of oatmeal should do the trick, but wasn't sure how to sweeten it (I had used all the cherry plums for the smoothie). I first decided on a bit of brown sugar, but then after putting in teaspoon full, wondered how Kashi cereal would be mixed in: 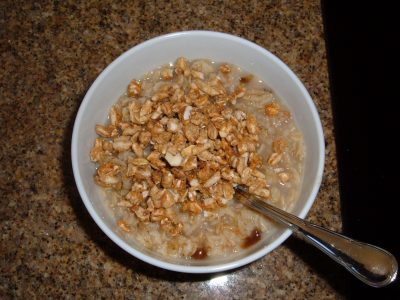 The taste was good, but the texture of the Kashi cereal when hot and wet was a bit strange. It didn't bother me at all, but I can see how it would bother some people. I definitely didn't need the brown sugar when the Kashi cereal was added – it made it plenty sweet. It was a quick and easy filling morning meal that I will use again.

When things get busy and I need something quick, this is what I usually turn to. I've been running around like a chicken with my head cut off most afternoons recently, so this has become a staple (even though my sister still doesn't consider it to be a proper meal) 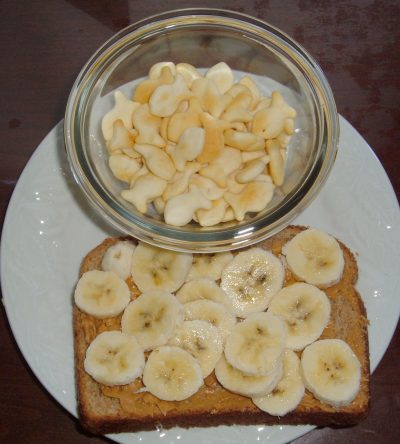 I decided to fry up a big batch of potatoes so I had enough left over for another meal later on. I used 3 potatoes, 1 onion, a handful of mushrooms and a handful of spinach. I used some olive oil Italian salad dressing for the oil which seemed to work well this time and gave it a bit of flavor as well. I added some chopped tomatoes on top: 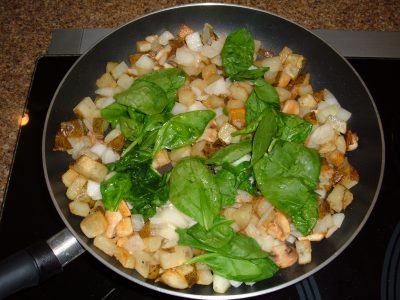 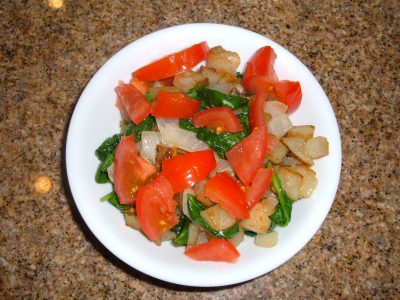