Sometimes It’s Worth Missing A Morning Smoothie – Day 88: Eating Well On $1 A Day 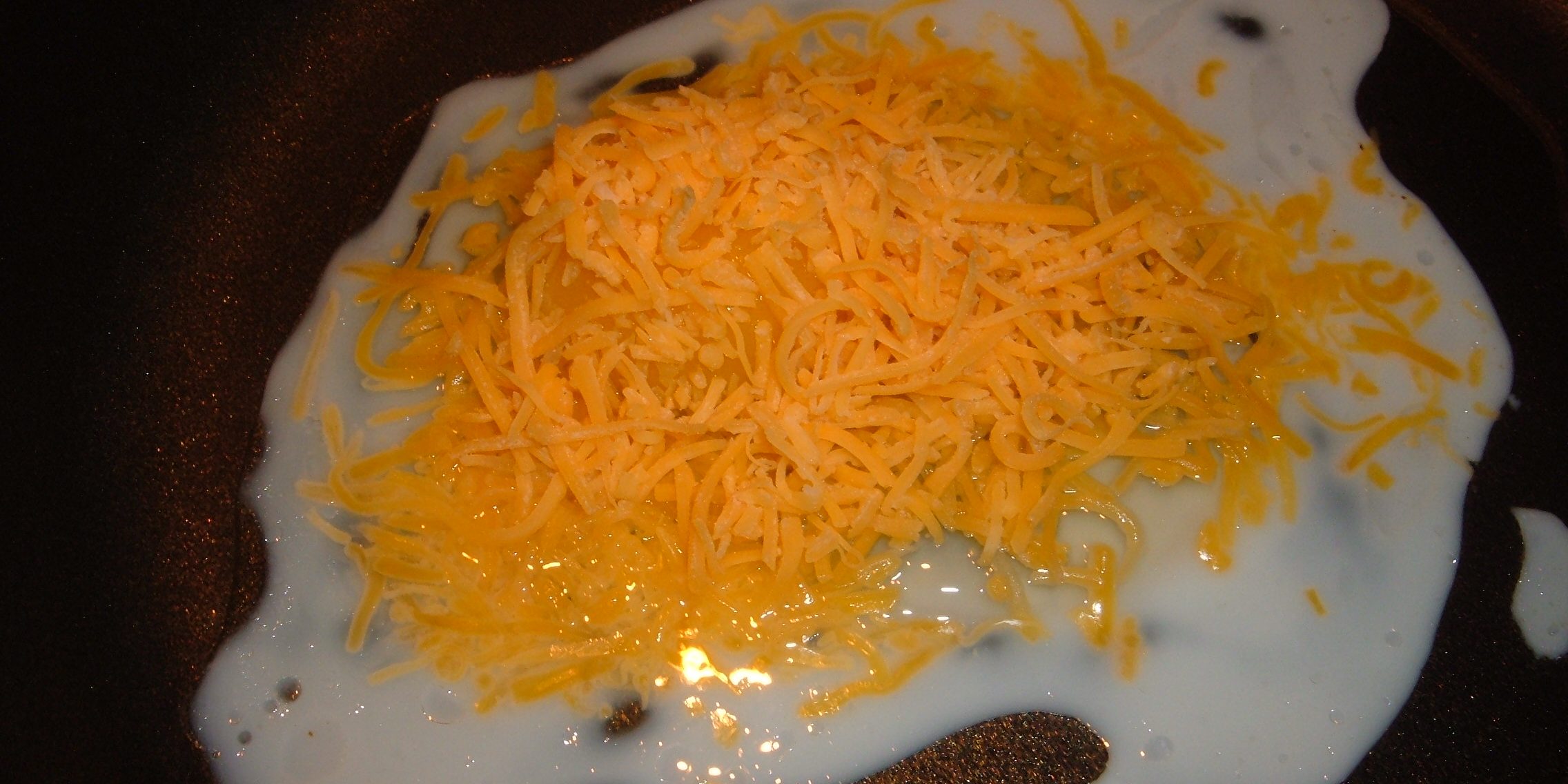 Today was the last day of house sitting meaning that it was a travel day. I know from past experience that these days are always stressful and a pain when it comes to this challenge. In addition to moving all my stuff back to my home base, I had to pick up the people I was house sitting for from the airport and take my parents to another airport for a vacation they were taking. It was going to be a full day with a lot of driving.

I had actually managed to get most of the preparation work done yesterday and was feeling pretty good that I wouldn’t be rushing about. I decided to get ahead of the game and go and fill up the car with gas before my morning smoothie. That would allow me to have about 2 hours before I needed to begin moving everything to get all the last minute things done. I headed to the gas station and I had just finished filling up the tank when I heard the voice of an older lady (in her early 80s I later found out) asking people walking by for help.

Her car had stopped and she had just barely managed to pull it into the gas station (the car was actually half on the sidewalk) and she wanted to know if anyone could fix her car for her. Since my car knowledge ranks right up there with my cooking knowledge, any help I would give was likely to do more damage than good in this situation, but I couldn’t believe that everyone was simply ignoring her. I walked over and asked her what the problem was.

The car had simply stopped running and she didn’t know what to do. It was obvious that she was in a bit of a panic. Then she said, “you can fix it for me, can’t you?” at which point I wondered what I had gotten myself into.

We lifted up the hood and it appeared that the car had overheated (there was antifreeze all over), but since I know little about cars, I wasn’t about to test my theory. I started asking questions to see what she wanted to do and if there was a way that we could resolve the problem. This was difficult because she thought I could fix the car (and she was still in a bit of a panic) that her focus wasn’t all there. After a bit I managed to get out of her that she did have AAA (although she had no idea where her AAA card was).

We spent half an hour looking through her purse, glove compartment and finally car before we found it under the passenger’s seat. I called AAA for her and explained the problem and they said that a truck should be there within an hour to help. Although I knew I really needed to get back, it was obvious that she was still uneasy about the whole situation and I didn’t feel comfortable leaving her alone, so we sat and chatted until the AAA truck arrived.

The AAA man determined that it was the radiator that overheated and filled the car with the proper fluids. As I went to leave, the old lady thanked me and insisted on giving me a small kiss on the cheek for the help I had given. While it did make the rest of the day rather hectic getting everything done on time and I missed my usual morning smoothie, it was well worth it.

By the time I arrived back, I didn’t have a lot of time. I simply threw an egg in the frying pan and then topped it with cheese – amazingly, despite the looks, it tasted pretty good (although at that point I was hungry enough that practically anything would have tasted good) 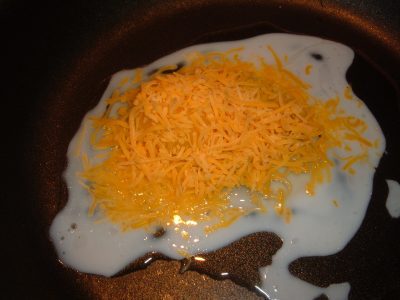 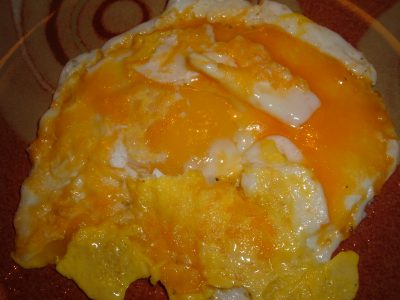 The rest of the afternoon I was on the road taking my stuff back to my home base, picking up the people I was house sitting for at San Francisco airport, dropping them off, getting my parents on the other side of the valley, taking them to San Jose airport and then finally home. I did have my trusty peanut butter sandwich and carrot sticks to tide me over and I also went through my last package of M&M’s pretzels.

By the end of the day, I was exhausted and in no mood to cook anything. I simply took the last of the veggie rice I had leftover and added an egg to make egg fried rice: 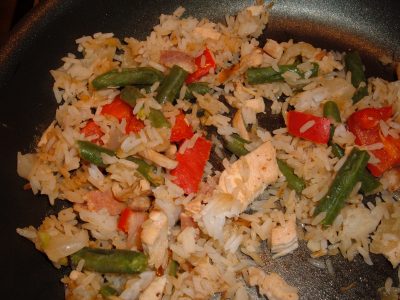 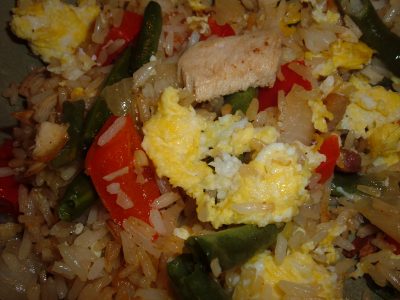 The Beginning ::: Day 89: Creating Havoc At The Hospital