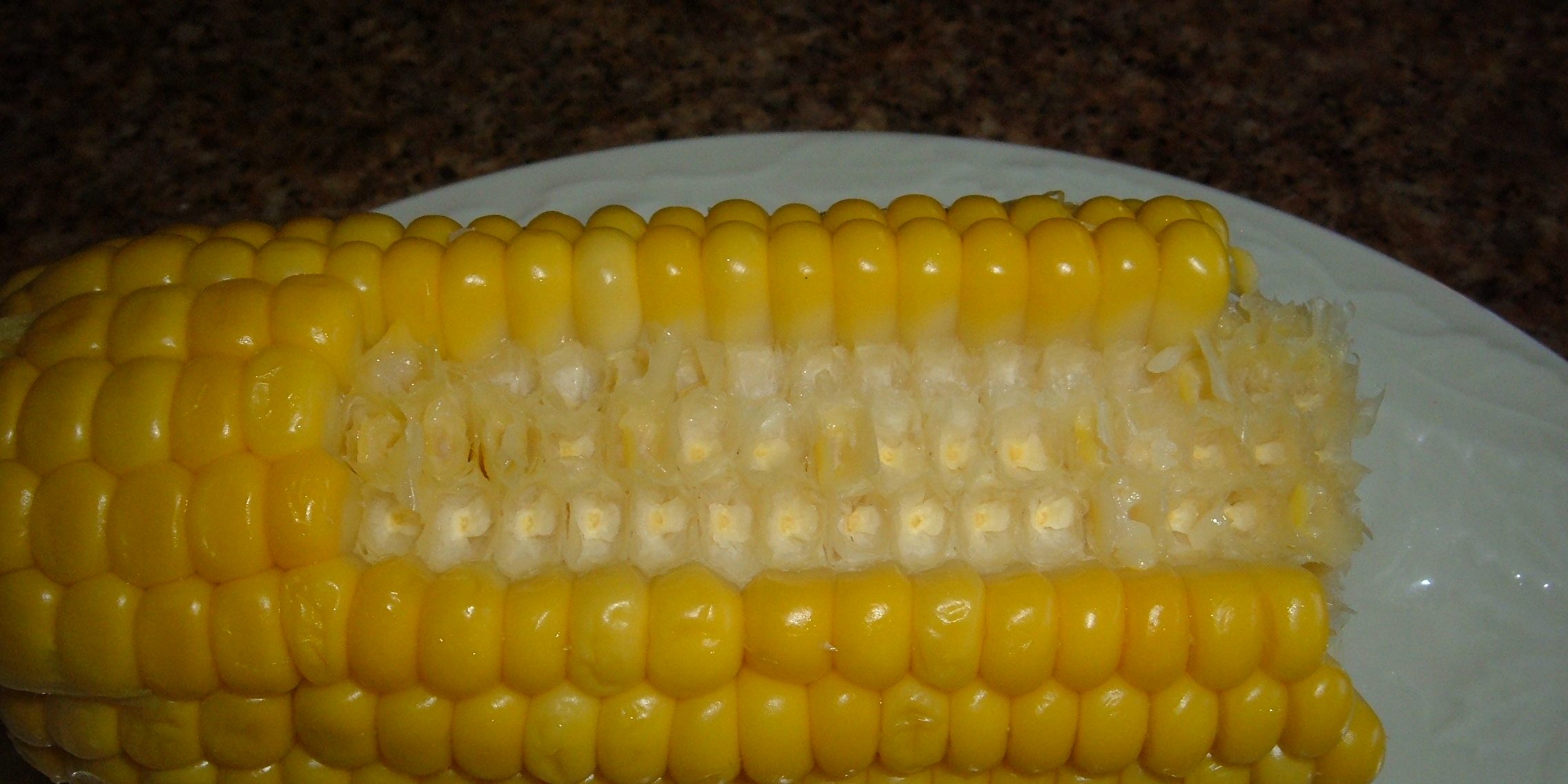 Apparently, I have picked up a bad habit while living in Japan and now I don't know how to correctly eat corn. I had a few friends come to visit and they were far more shocked and interested in the way I happened to be eating my corn than about my eating well on $1 a day challenge. I will let all of you be the judge: 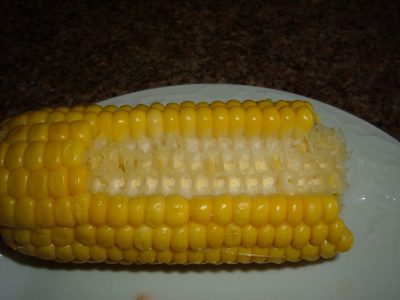 I was eating the corn one kernel at a time in rows. There was a reason that I was eating it like this and not directly off the cob like I usually do. I knew that my friends were coming over and when I eat it directly off the cob, I always get corn stuck in between my teeth. I really didn't want them showing up and me having my teeth full of corn. I is also a better way to make sure you ear all of the corn as this way neatly takes the whole kernel off the cob.

Anyway, this was how people often snack on corn in Japan (not sure if they do it like this anyplace else, but obviously my friends had never seen anyone do it before). So not they not only think I am crazy for continuing to eat on $1 a day, they are convinced that I have know idea on how corn should be properly eaten. Am I the only one that eats corn this way outside Japan?

I had my usually early morning cup of oatmeal and mixed in a box of raisins: 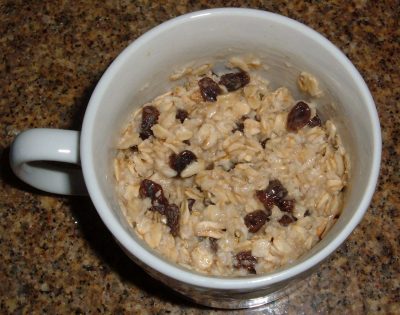 For my bigger breakfast, I decided to fry up some of the potatoes adding the rest of the cheese I had from the Deli Creations box I used last night along with salt and pepper. I also fried up a couple of eggs and placed them on whole wheat toast: 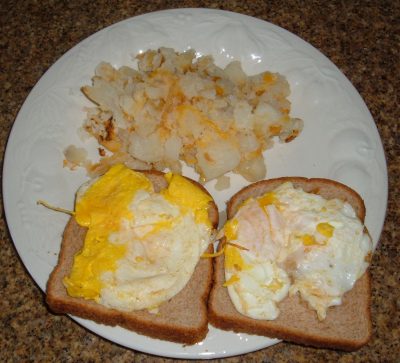 I definitely need some work on my potatoes. These were all right, but i seem to be missing something on every one I have made so far. Since I have a lot of them to use this month, I need to figure out a way to make them tastier.

For lunch I took the flatbread that was left over Deli Creations box and added some lettuce, half a tomato, the deli style chicken and a bit of the potato salad sauce (it's a lot like salad dressing and has a Dijon mustard flavor). I also had my now infamous piece of corn which was left over from last night's dinner: 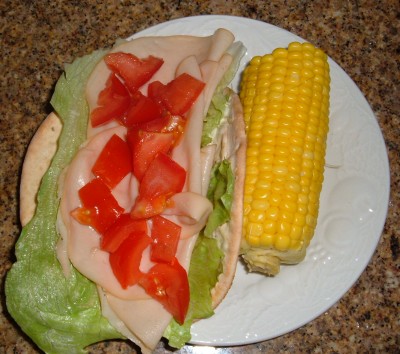 Dinner was pretty simple. I boiled up a cup of my veggie spiral pasta and added some of the pasta sauce I still had left. I then made a salad with lettuce and half a tomato adding a spoonful of the Dijon potato salad dressing for flavor: 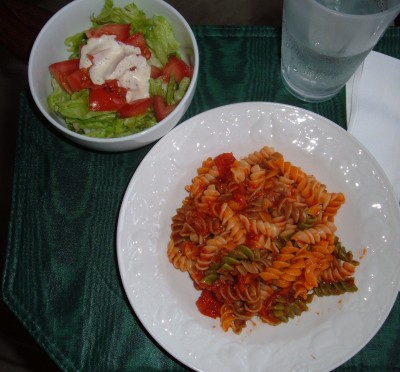 Tomorrow is a travel day again, but it is back to my home base, so it shouldn't cause near as many of the issues as it does the other way around. It will also give me a chance to see exactly what coupons I have available to take advantage of Safeway's current save $4 when you buy 8 participating products promotion where I hope to get at least some of the many excellent suggestions from all of you on what I need.