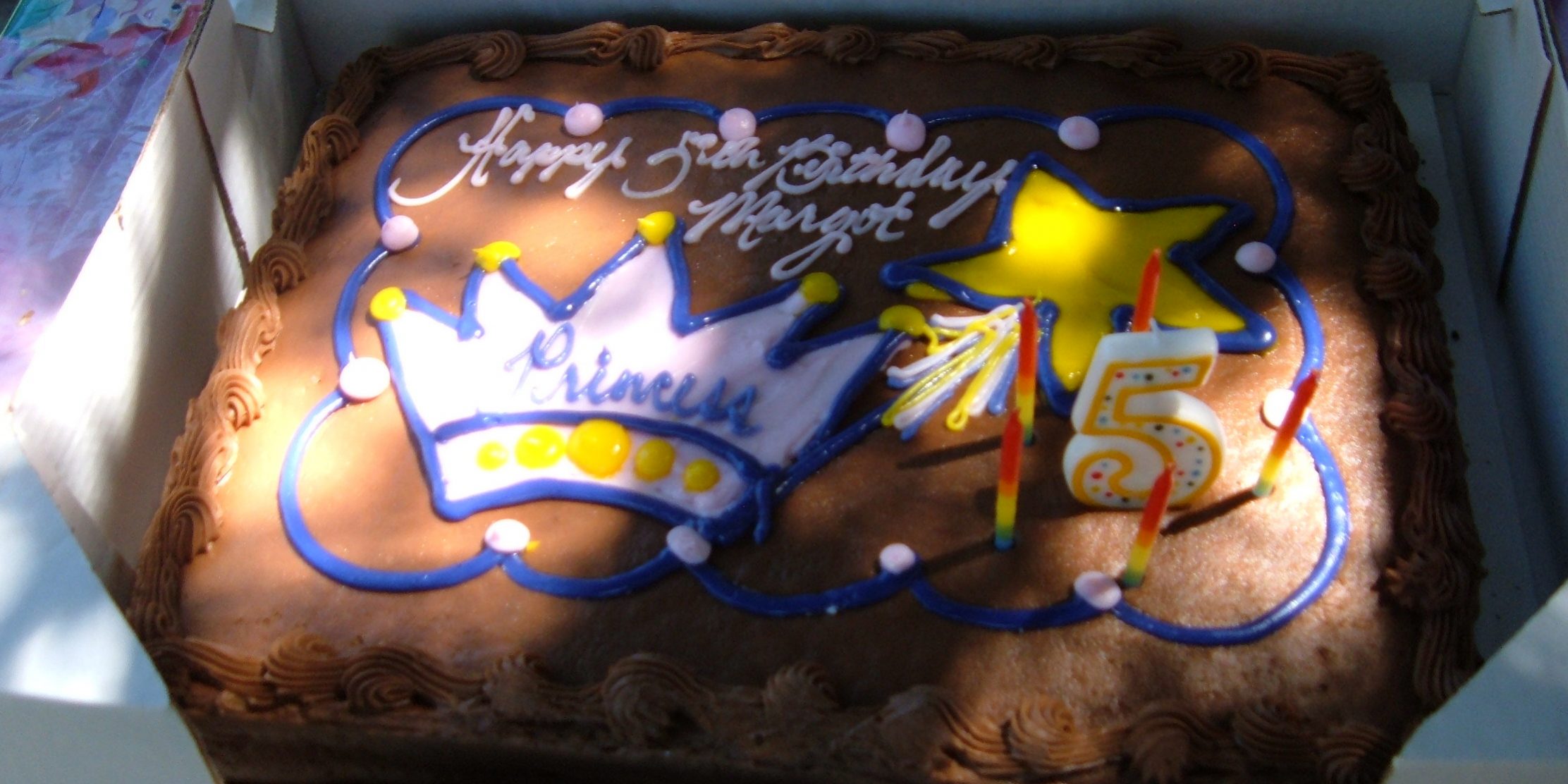 While we had a birthday dinner for my niece's 5th birthday at Red Robin for the family on her actual birthday, today was when she was having her birthday party with all her friends invited: 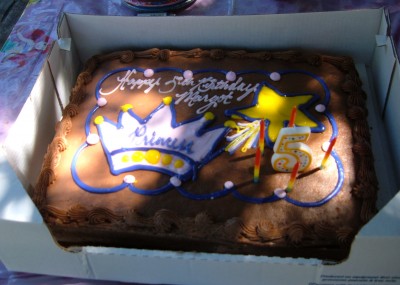 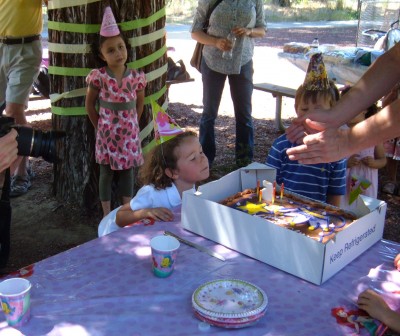 This was another event where the food was all paid for so I could take advantage of it (especially since I was recruited to help out setting up, moving all the stuff to the party area at the park and cleaning up afterward). Sandwiches from Whole Foods, various types of salads made by my sister and her husband (potato, rice & bean, mixed green, etc), potato chips and dips, fruit and veggie platters, cake, cookies, beer, wine, drinks. All the makings for stuffing myself and all at no cost. I decided to pass on it.

I think there is an assumption by some of the people that follow this blog that since I only have $1 a day to spend on food, that must mean that I am constantly thinking about food and how deprived I feel. Therefore I must jump at every opportunity to eat free food that presents itself and doing that is against the spirit of this challenge (from some of the comments and emails I have received).

The truth is that I hardly ever think about food except when I need to make something since cooking is still about as much fun as having people scratch their fingernails as hard as they can on a chalkboard right next to my ear. The cravings for sweets that I had when I first started have long passed due to me getting accustomed to not eating as much sugar and I now always having plenty of snacks around when I do get these types of cravings. I am never hungry with plenty of food at my disposal anytime I crave something to eat.

During the 70+ days I have been doing this thus far, I have turned down numerous offers from friends and to take me out and pay for it without a second thought. I even brought my own food to a family BBQ. What makes saying no to these offers difficult isn't that I will be missing out on free food, but that I miss out on the social aspect of getting together with them (it's kind of difficult to bring in your own food to a bar or restaurant).

The only two times I have accepted free meals thus far was for lunch (as part of a job interview for which I wasn't willing to pass up a lot of potential business) and for my nieces birthday dinner where I was specifically invited by her to attend (and I wasn't willing to say no to her). So while I don't personally think that eating the food provided for free at my niece's birthday party is against the rules or even the spirit of this challenge, I haven't been taking advantage of these opportunities because from a food standpoint, there has been no reason to.

I realize that this won't pacify the critics that don't believe I should have accepted any free meals, but I did want to put out there that I certainly could have eaten a lot more than I have. When given a reasonable choice of declining, I have done so.

I knew it was going to be a long day with getting everything ready for the party so I wanted to be full before taking off to help out. I decided to use up the rest of the pancake batter and topped the pancakes with a apricot banana mixture and had them along with a glass of the blueberry pomegranate juice (half juice / half water): 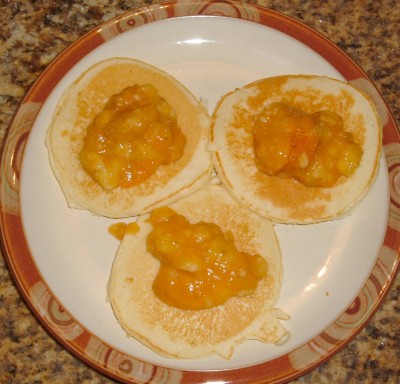 Since I was going to be at the party, I decided to pack my own lunch for the day. I simply put leftovers from previous days together – the chicken rice & veggies and the spinach pasta salad. I also filled a container of the toasted Wheat Thin chips and a couple of bananas: 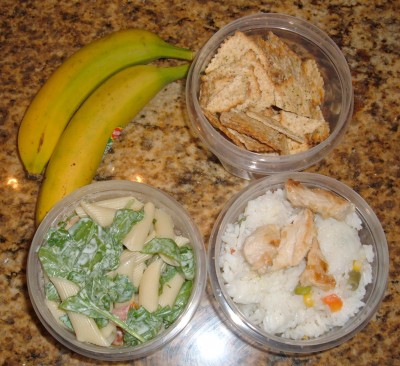 I assumed that I would be back in late afternoon from the party, but didn't end up getting back until 7:00 pm. I immediately took Lila for a walk and by the time I had finished that it was 8:00. I had planned to go a day without a peanut butter sandwich (because there are some that continue to feel that this is not a proper meal), but I was just too tired to put together anything else, so that is what I had (and it is still delicious to me despite all the naysayers).