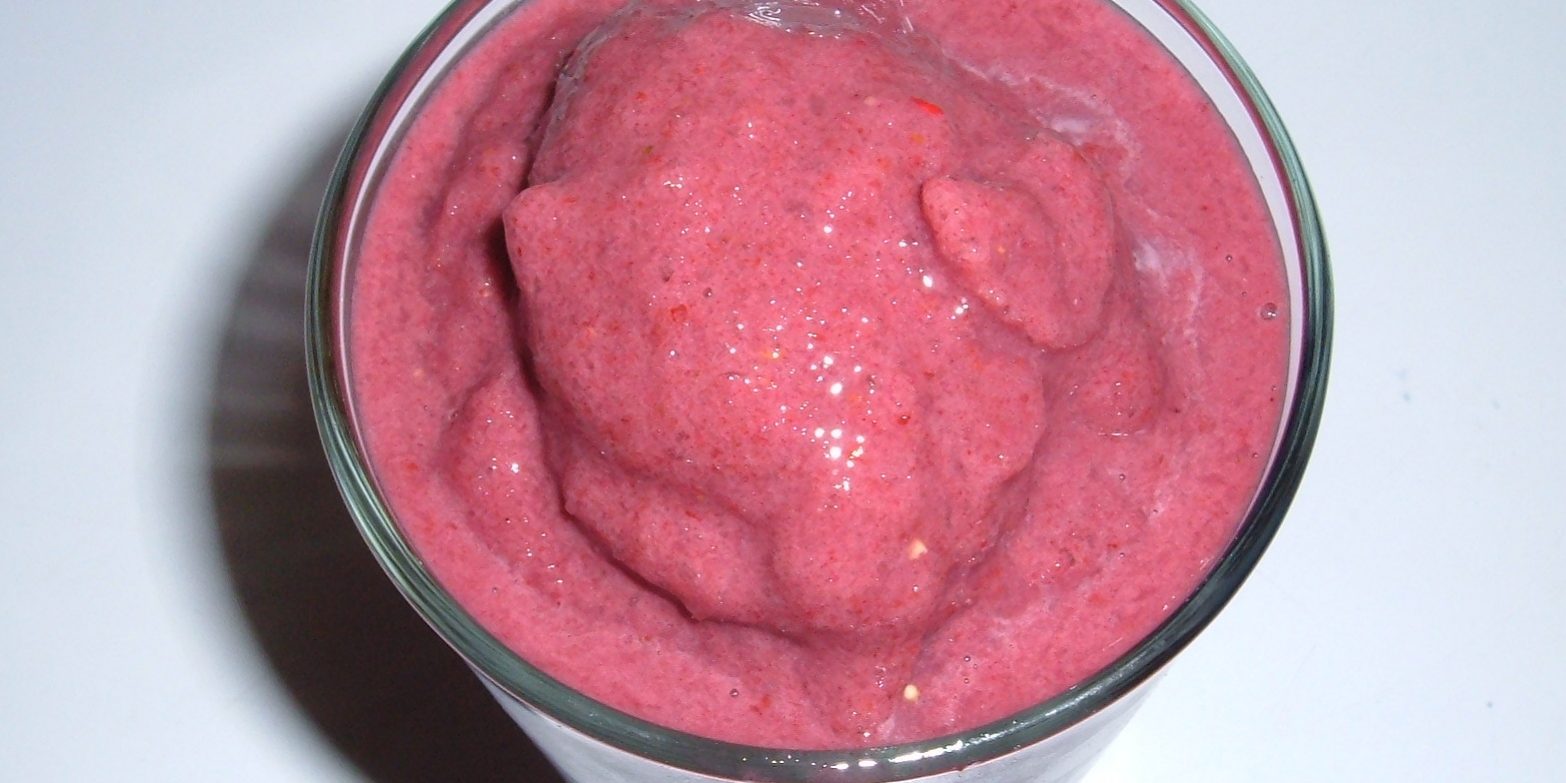 I knew that this challenge would be a lot of things, I just didn't realize how embarrassing it would be. I consider myself a fairly athletic person and in decent shape. I have no problem spending an afternoon playing pick-up basketball, can run a pretty decent 10k and have no problem swimming laps for an hour. So when I am with friends and I have to comment on any recent injury I have, there is usually a story to go along with it that makes me look good. This challenge has completely changed that.

Friend: “You keep rubbing it…”

Friend: “Well, how did it get that way? I mean, it is obviously bothering you so you must have done something pretty strenuous.'

Me: “Can we talk about something else?”

Friend: “What's the big deal? You got hurt. How did it happen?”

Friend: Eyes widen in disbelief before falling out of chair in uncontrollable laughter

I still have no idea how I missed out on these in the past. Simple to make, tasty and quick. Today's morning smoothie was blackberry banana: 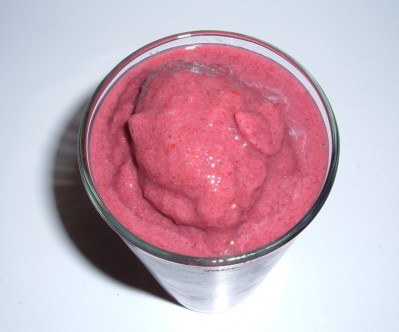 I decided to add a little flavor to my scrambled eggs by adding in some cooked onion and tomato along with salt and pepper. I placed this on a piece of whole wheat toast and I think this was the first meal where the kitchen actually smelled delicious (it was the onions) while I was cooking and the meal lived up to that smell. I also had a cup of the vanilla yogurt with Kashi cereal mixed in: 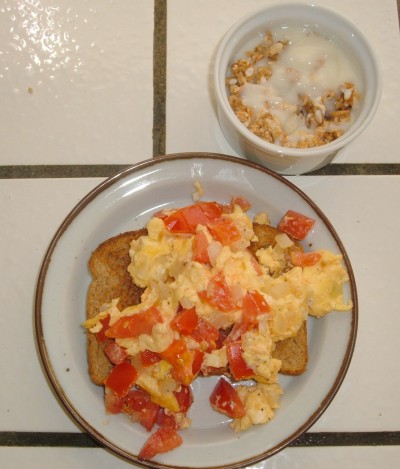 I was out and about in the afternoon and made a couple of quick peanut butter sandwiches on whole wheat bread to tide me through those hours.

I also tried the first orange I received from the woman working in the garden and I have come to realize that I have been a fruit snob without even knowing it. I was a bit reluctant to try the oranges because they didn't “look” delicious. I have grown so used to seeing this perfect looking fruit in stores and that has become my image of what “good fruit” is supposed to look like. The funny thing about that is that the fruit that “looks good” often isn't that sweet. 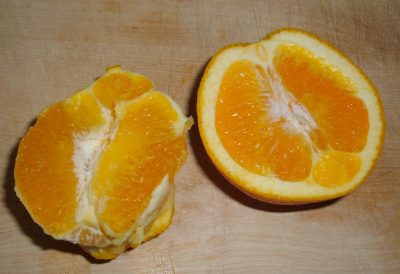 The orange I ate from the tree was a bit dirty, had some scars and wasn't the bright orange seen in grocery stores. It was also by far the sweetest and juiciest orange I have eaten in a long time. Lesson learned. I certainly hope that I run into the lady gardening again, because I would love to have more of those oranges.

A lot of readers have been suggesting that I use the SuperCook recipe ingredient search engine, so I thought I would give it a try. The search engine lead me to a Lemon Soup recipe on AllRecipes. It had a 4.5 star rating, had 5 minute prep time, 10 minute cook time and said it would be ready in 15 minutes. It sounded like the perfect recipe for me. I should have known better…

In the directions, it said “In a medium glass or metal bowl, whip egg whites to medium stiff peaks.” I had absolutely no idea what that meant. I should have left and found a new recipe right then and there, but instead I decided to ask my sister. I should have seen the disaster coming.

Sister: “Oh, you have to beat air into the egg whites until you can form little peaks with them”

Me: “What that hell does that mean?”

Sister: “You'll know when you see it. Just take a whisk and start beating them.”

Sister: “Just keep at it until they turn white and you can form peaks with the white. The harder you beat, the faster you will be done.”

Sister: “Well, you can (why didn't I hear the evilness in her voice?), but it will taste much, much better if you do it by hand (damn sisters).

So that 5 minutes of prep time turned into 15 minutes of me vigorously beating egg whites until I had injured my arm: 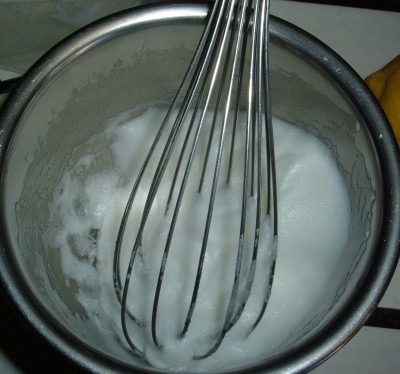 Although I believe I followed the direction, I obviously did something terribly wrong. All the reviews of this recipe exclaim how delicious it is. Mine tasted like dish water. I really don't know what dish water tastes like, but I am pretty positive that if I were to ever taste it, it would be fairly close to what I made.