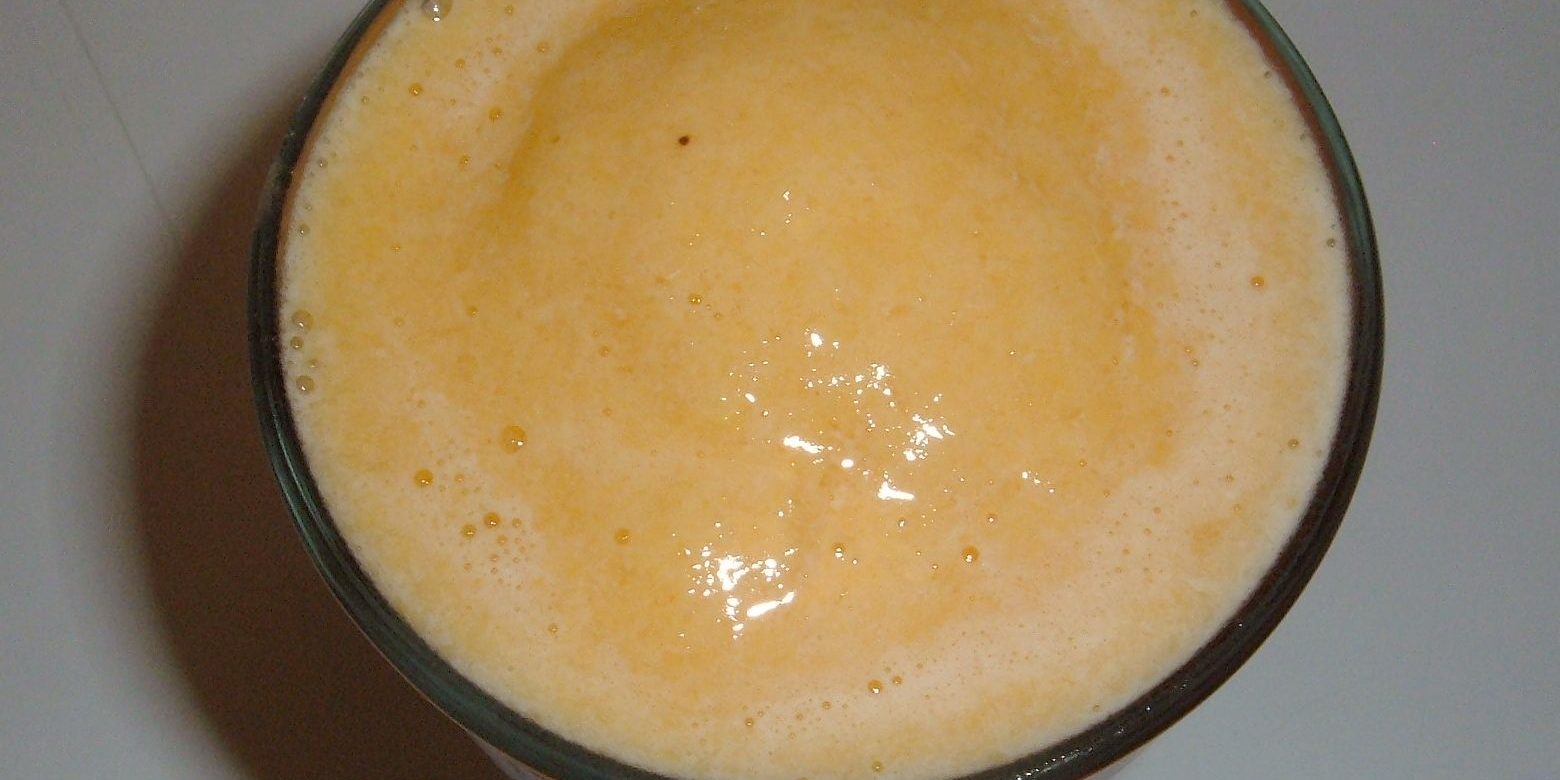 One of the perks of having a bit more of a stockpile of food is that I don't need to go to the grocery store as often as I did in the beginning days of this challenge. I wanted to wait to go since there were a couple of Saturday and Sunday only deals this week at Safeway that I was interested in getting. I combined these the Kraft salad dressing money maker to buy the following: 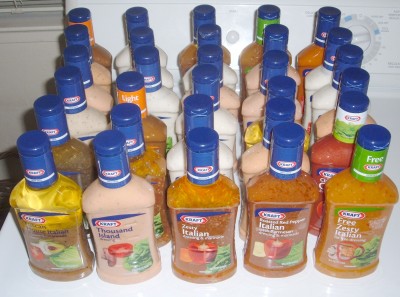 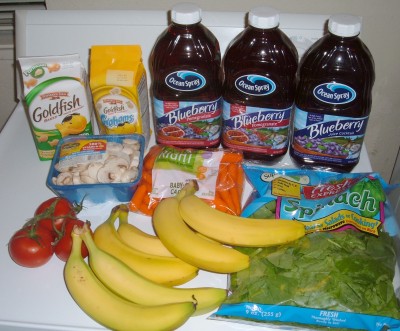 The first purchase simply took advantage of a lot of the great deals available this week. I was able to get a package of Peppridge Farm Goldfish, Goldfish Grahams, Ocean Spray Blueberry Cocktail Juice, 3 bottles of Kraft salad dressing and 1 lb of baby carrots (I used a $1 off produce when you buy 2 Kraft salad dressing coupon I found in the produce section last month in addition to the $1 off 1 coupons) for $0.07: 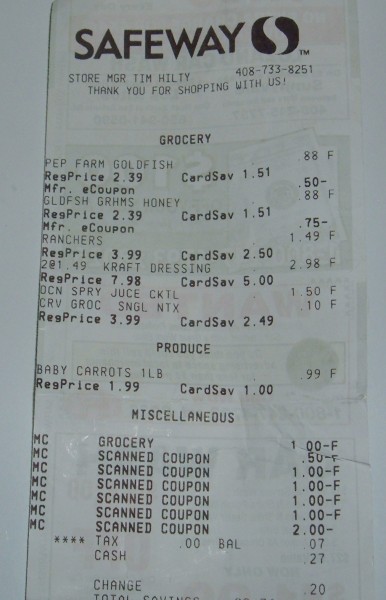 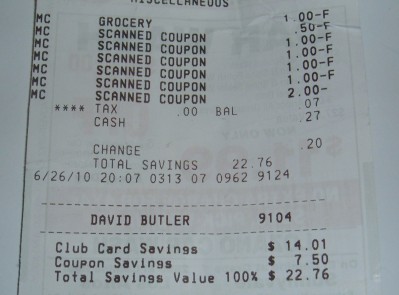 After that, it was simply buy 3 Kraft salad dressings and use the $0.53 overage to buy other stuff: 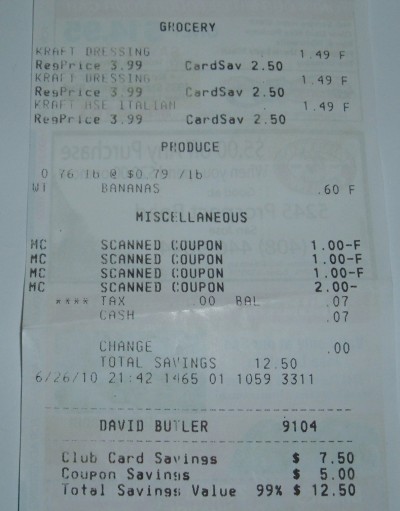 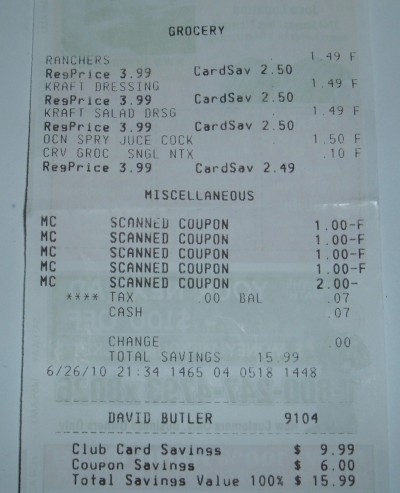 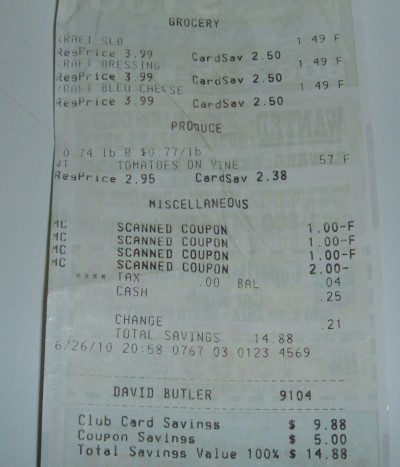 Wash. Rinse Repeat. I was able to purchase the following food:

This ended up being $148.47 worth of food for which I paid a grand total of $1.35. I still have enough coupons to do this several more times, so all the salad dressing I have purchased thus far will go to the food bank. Since I will be buying a few more bottles before Tuesday, what salad dressing flavors would be most useful for me to have for my cooking?

It always pays to keep your eyes on the ground when walking the grocery store parking lot. I found a great (well, at least I think so)catalina product coupon for $1 off 1 Ben & Jerry's ice cream mini cup – since these are regularly priced at $1 each, that is a free cup of ice cream:

People often throw away the catalina coupons they get and you can get some great savings if you keep your eyes open for them.

Since the first of the oranges which I was given was so delicious, I decided to try an orange banana smoothie this morning with another one of them. It's pretty hard to go wrong with these fruit smoothies (knock on wood): 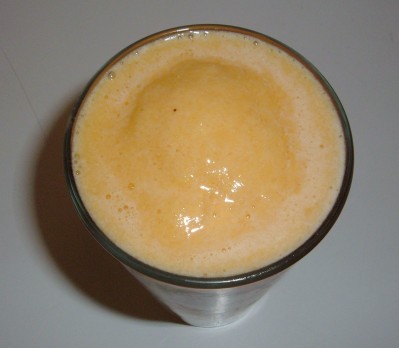 Since I was able to get enough base food and discovered the fruit smoothies, I haven't been eating oatmeal in the morning which was a standard the first month. I can definitely say that oatmeal is a lot more appetising when you decide that you want to eat it rather than that is the only thing you happen to have. I added three small loquats pitted and chopped on top and it was actually quite delicious: 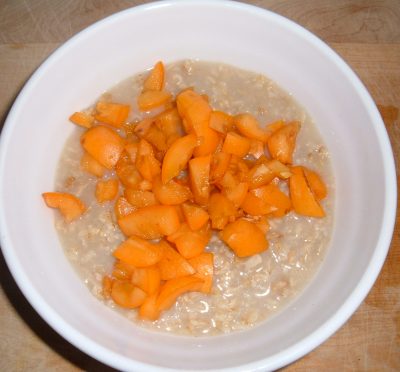 I fixed myself a quick veggie and egg sandwich. I toasted two pieces of whole wheat bread, spread on a bit of Thousand Island salad dressing, added, lettuce, onion, tomato and a hard boiled egg, then a bit of salt and pepper: 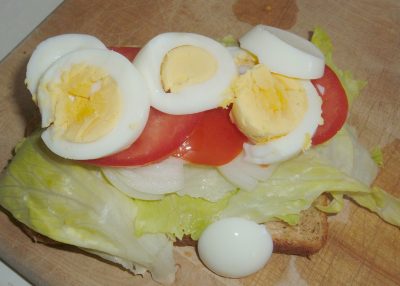 I then took a cup of the strawberry yogurt and mixed it with Kashi cereal:

I decided that with the last 3 potatoes from my 10 lb bag (I still have another 10 lb bag), I would attempt to make mashed potatoes. The one issue was that I didn't have any butter, but I decided to try it anyway. I boiled them, added a bit of milk, sour cream, salt and pepper. They actually turned out all right – not the best mashed potatoes I've ever eaten, but not the worse either. I also steamed up a cupful of my frozen vegetables and made a salad (lettuce, onion, tomato, raisins) 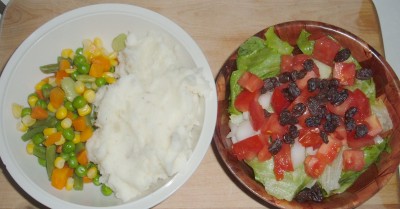