Should I Be Able To Forage Food From Private Property? Day 55: Eating Well On $1 A Day 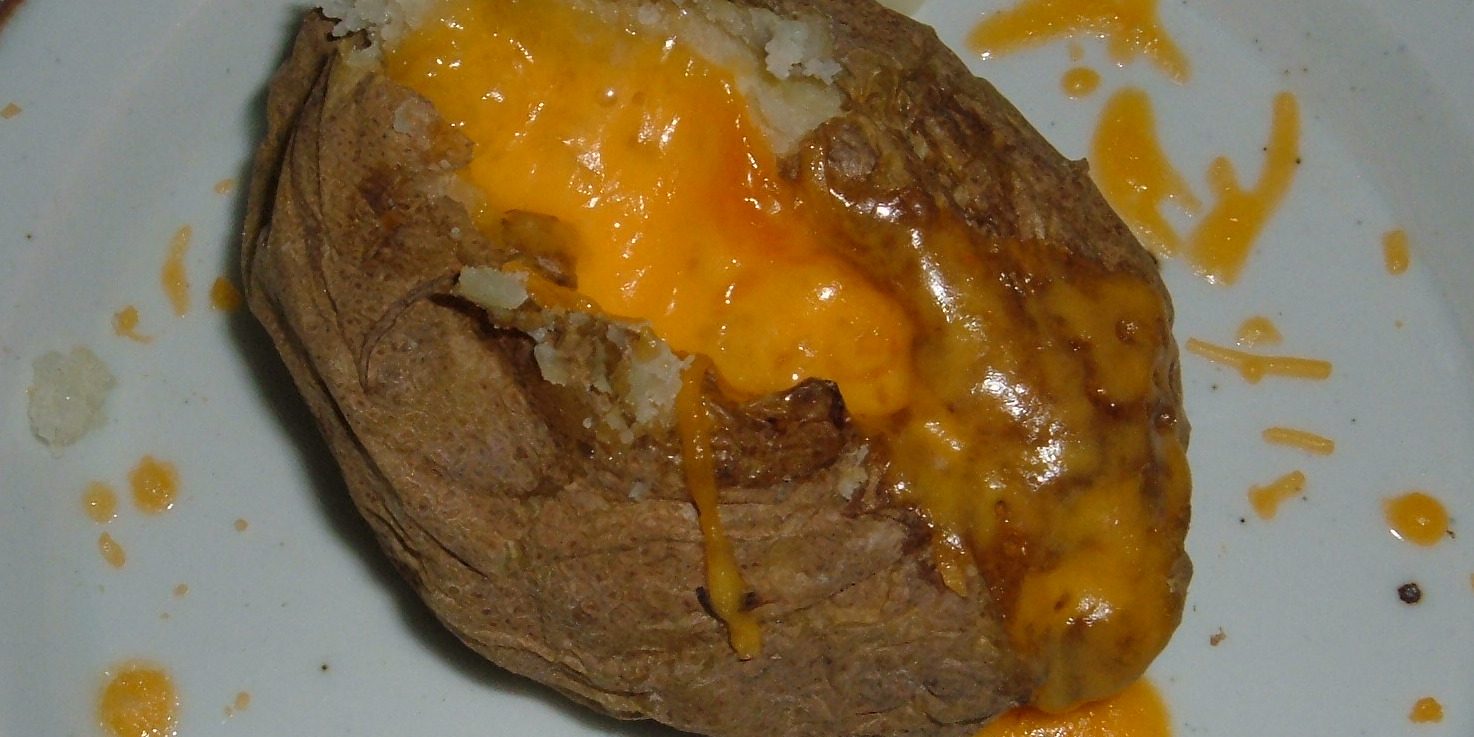 Once again it is time for those following this challenge to vote on the rules. On my morning walk, I came across a woman working in her garden and struck up a conversation. I noticed that had an orange tree in her yard and I asked if the oranges were good? She went over to the tree, picked a few and walked back over to me. “Here, decide for yourself,” she said as he handed me three oranges: 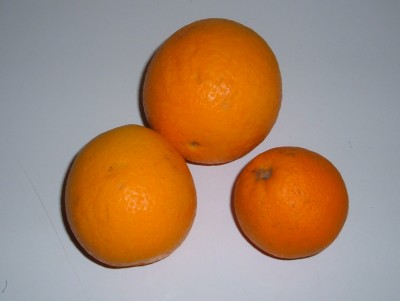 This brings up an interesting question and one that I have thought about on my walks, but have been avoiding because I wasn't sure how ethical it would be for this challenge. Up until this point, I have only done foraging on public land, but the fact is that there are a lot of fruit trees and gardens on private land in my area. It goes without saying that my sister believes these should be off limits to me because they are on private land. I, on the other hand, find it frustrating to see all kinds of perfectly good food go to waste (something that I really never noticed until I began this challenge) because there is too much for the homeowner to consume it all so it just sits on the trees to rot.

Should I be able to go after this free food to help supplement my diet? I would never go an pick food on private land without the homeowners permission, but that still leaves the question of whether or not I can accept food that comes from private land if I get the homeowner's permission when it is obvious that it will otherwise go to waste.

Please feel free to express your thoughts, opinion and or experiences about this in the comments.

In addition to the oranges, I was able to get some more loquats: 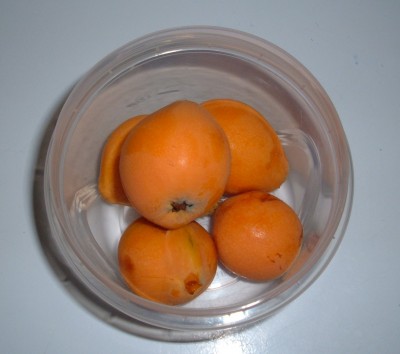 I am having a dilemma about how I should go about picking them in the future. It's painfully obvious that the squirrels aren't holding back at all when it comes to claim their share from the tree. Up to this point, I have only been picking a day's worth or two knowing that I would be back by again to pick more if I needed. I'm wondering if I should gather a bit more — it would be nice to have a little reserve on them, but I could certainly survive continuing the current way that I go about gathering them.

I used the 5 loquats I found in combination with a banana (and 7 ice cubes) to make this morning's fruit smoothie (I have a few more loquats, but I picked them a bit early and they need another couple of days to ripen). While there are a lot of things that I won't keep doing when this challenge is over, the morning fruit smoothie is definitely something I plan to continue. It really is a great (and healthy) way to start the day: 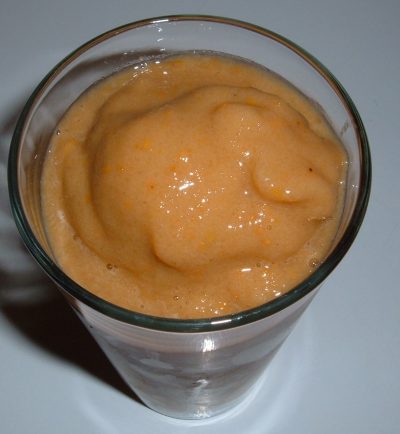 One of my hopes now that I have a bit of a cushion is to stock up on a variety of cereal when the next big sale comes along. The issue I have had in the past is that to get the best deal, you usually need to buy a minimum number of boxes. spending $4 to get 8 different types of cereal would have really hurt the rest of my budget, but I think I have reached the point where I should be able to take full advantage of these offers again. The reason why this is important is that I really like to mix cereals — for some reason, they simply taste better to me that way. Today I mixed Cheerios and Kashi GoLean Crunch and added a few blackberries on top. Good stuff 🙂 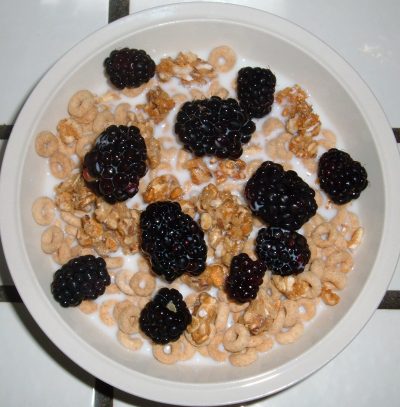 My struggle with potatoes continues. Although I have finally broken the key to good hash browns, I proved that I still have a long way to go with baked potatoes.

I tried to go the quick and easy route by microwaving the potato after sticking it with a fork, but I think that I over microwaved it. The middle was fine, but the outer edges were hard as a rock. I placed some cheese on top and then opted for the topping that came with the Kraft lunchables that I had never used (I decided that I would go with it instead of sour cream because it had a bacon and onion flavor to it — the taste was fine for the portions I was able to eat and I would use it as a topping again). 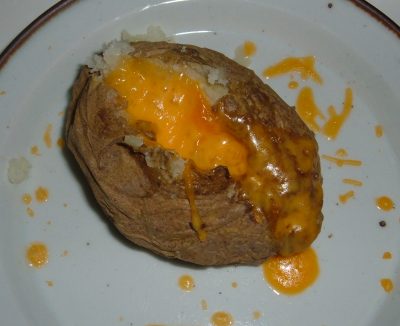 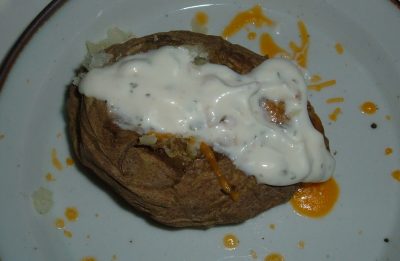 Since I still have plenty of potatoes left, I guess it's time to practice on them until I can get the baked potato right. In addition to the baked potato, I also took a cup of the strawberry yogurt I had and mixed Kashi cereal into it: 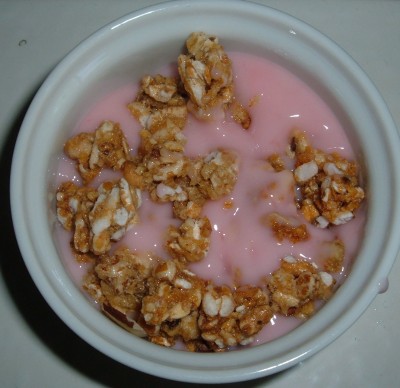 Megan in the comments mentioned that I had all the ingredients to make a quick and easy taco salad (“Taco salad: cook beef. Drain. Add taco seasonings. Chop up some lettuce, tomato, onion, top with beef and sour cream”) and when it comes to new recipes, easy is high on my list of what makes them attractive to try. I only used about 1/4 of the bag of taco seasoning since I had such a small amount of meat so I should be able to do this again in the future. Easy and tasty (although it did remind me how much I miss going out for Mexican food) 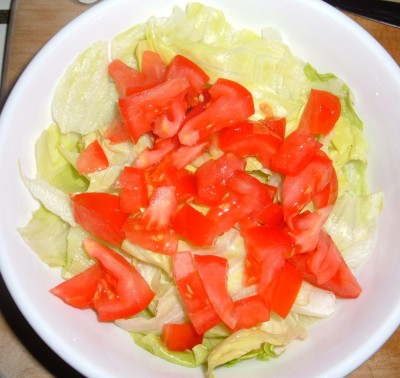 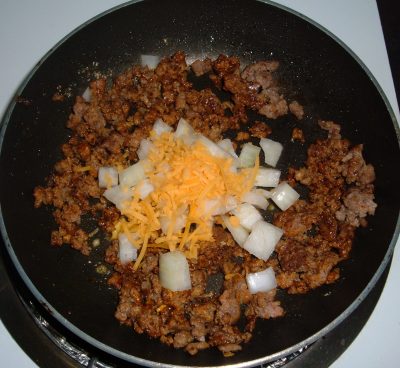 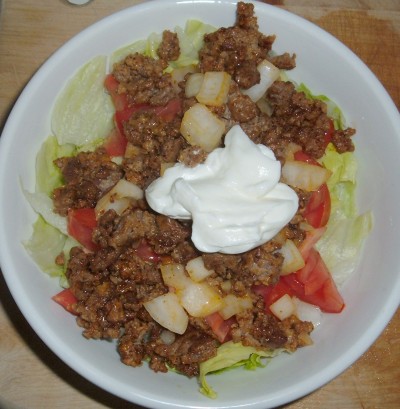