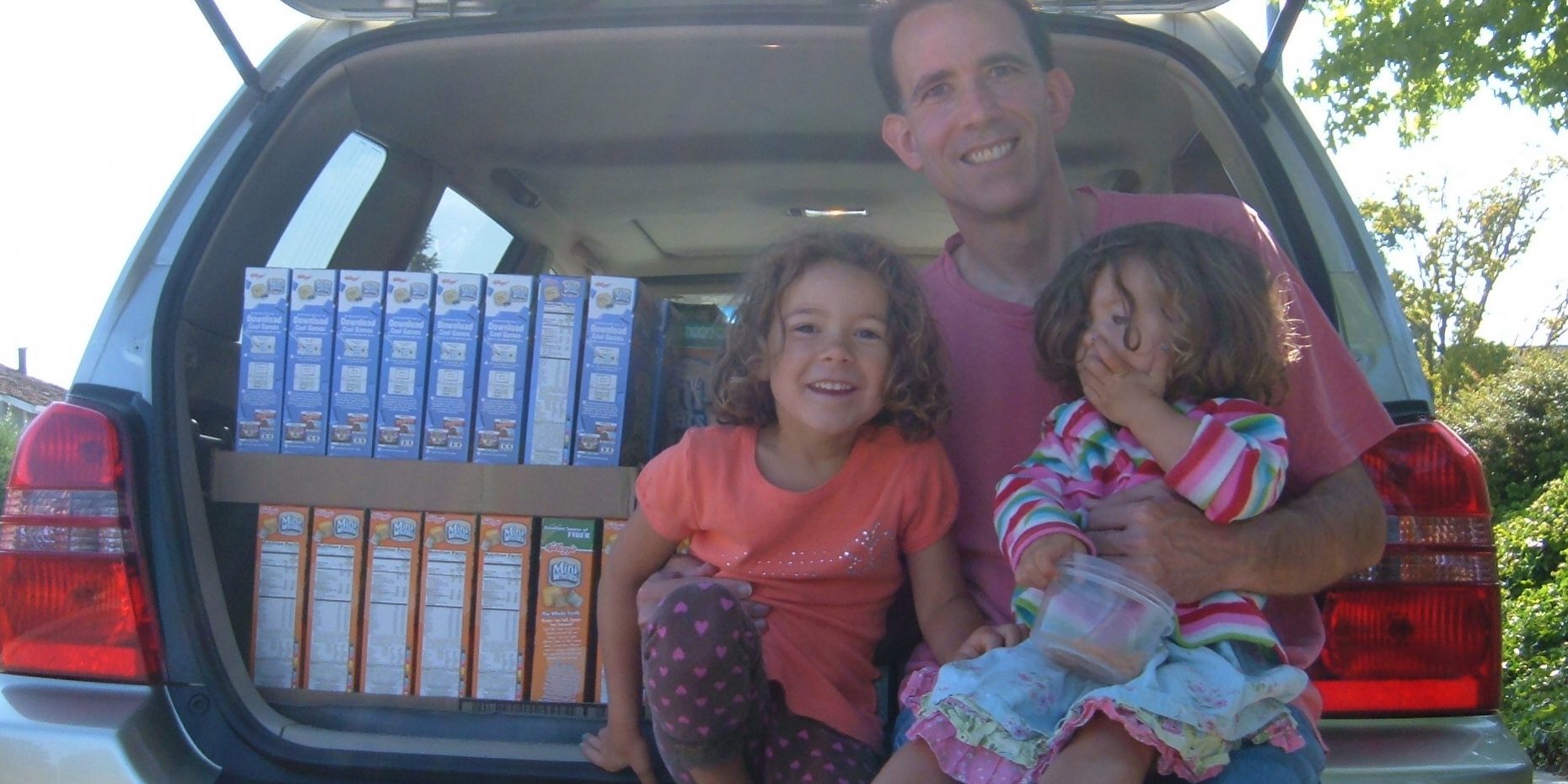 I have been seriously considering whether to continue with this challenge or end it at 100 days taking into account the many comments that all of you have made. One of the things I have been experimenting with is buying for the food banks as part of Penny Experiment while at the same time as documenting this challenge. It has turned out to be a lot more difficult to do than I had anticipated. It isn’t so much actually physically doing each, but the time it takes to record each of them separately on the blogs causes some time issues. I am still working on it to see if I can find an acceptable solutions.

I did have 300 boxes of cereal that needed to be delivered to the food bank, so I recruited my nieces helped me with the preparation and then loading all boxes into the car: 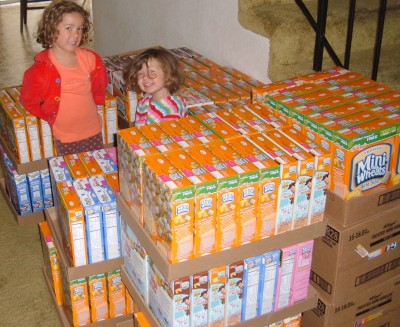 And this is what the car looked like with the 300 boxes inside: 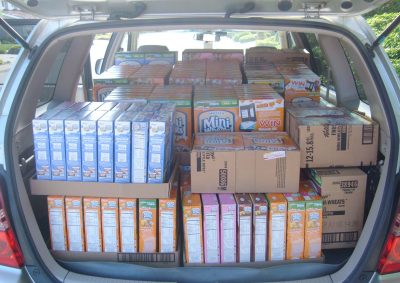 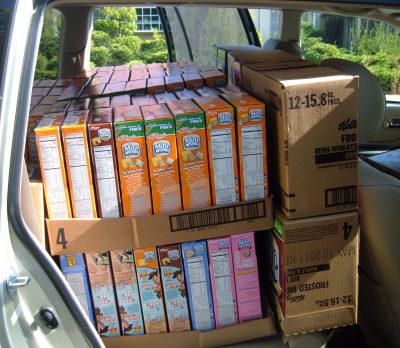 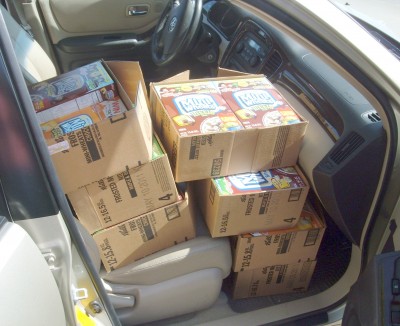 We had a lot of fun loading up the car together and the girls did a great job taking box after box from the house to the car, so we decided that a memorial photo was in order: 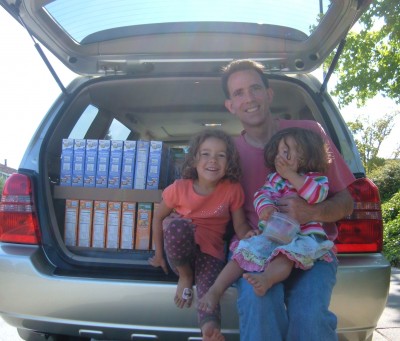 When I arrived at the food bank, the place was swamped with people getting food. Since it was so busy, I simply helped to unload the boxes and let everyone get back to work. It seems that even since I started doing this that the need at the food banks has increased… 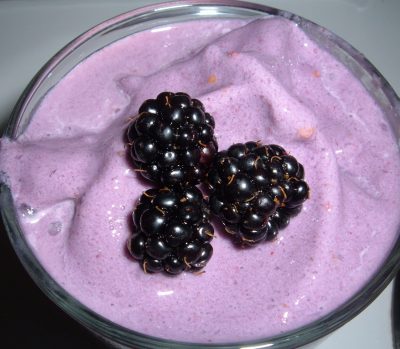 After delivering the 300 boxes of cereal, it was in breakfast / lunch limbo (which of the two should I prepare). Since I have only half a loaf of bread left and plenty of eggs, I opted for a quick spinach and cheese scramble topped with salsa: 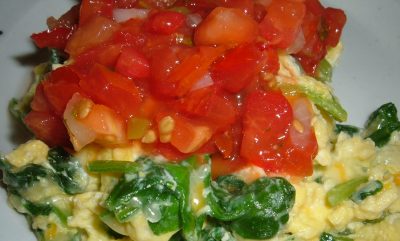 For some unfathomable reason, I decided that it would be a good idea to try and create a more healthy mac and cheese dish using whole wheat pasta and cheese: 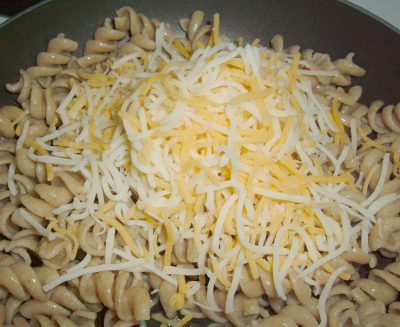 I quickly learned why there isn’t a small bag of grated cheese in those packages of mac and cheese — because when grated cheese is placed into pasta, the cheese doesn’t melt evenly: 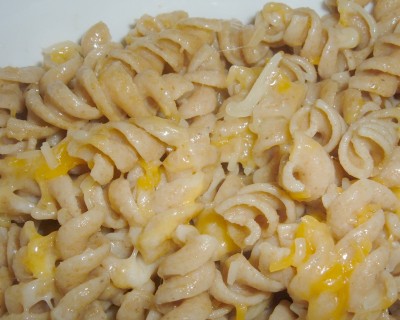 Even worse, it doesn’t taste very good. While I have struggled with cooking throughout this challenge, I have learned two extremely valuable lessons. If you have created a disaster, 1. throw bacon or 2. salsa onto it and it will probably be salvageable. Since I didn’t have any bacon, I went with the salsa option: 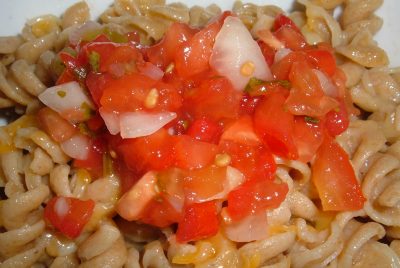 and the hypothesis was once again confirmed — and it was surprisingly good considering how poor it tasted without the salsa.