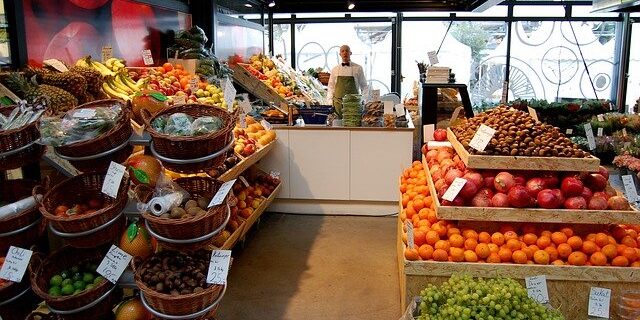 If you’re very well organized then you rarely have to deal with expired coupons. You make sure to organize your coupons by date. You always shop on the same day of the week. Of course, you make sure to use any coupons that will expire before the next week’s grocery run. But most of us are not organized.

If you find yourself with expired coupons, then you might just throw them away. You might shake your head and think about the savings lost. Well, don’t start shaking your head just yet. Sometimes grocery stores will accept expired coupons. However, you should be careful about this.

The Clerk Can Override Expired Coupons

Some grocery stores allow their clerks to override the register’s decision to reject the coupon. If you use an expired coupon then the machine will reject it. However, the human handling the machine can make the decision to use it anyway. This isn’t common, but it’s possible. Sometimes if you shop regularly at a location, they know you, and you’re friendly, you can request an override on a recently expired coupon and get lucky.

Tip: Grocery stores are more likely to override store coupons than manufacturer coupons. Manufacturer coupons have built-in dates and the retailer can’t cash those in after a certain period of time. However, if you’re a loyal customer that shops there frequently with coupons then they have the incentive to give you the break with their own sore coupons. In general, the smaller the store, the more leeway the store manager has to make decisions about whether or not to accept coupons.

Some Coupons Have a Grace Period

According to Kyle of Rather Be Shopping, the expiration date on the coupon isn’t always the real expiration date. The information embedded in the barcode often includes a “grace period” during which the computer will still accept the coupon. The grace period is usually a few days but can be up to a month.

Kyle says that this frequently happens with Walmart coupons, so you should always try to use expired coupons there. That said, if you plan on using the coupons to save money, and then the computer doesn’t accept them, it could affect your grocery shopping budget. Use this approach, as well as asking cashiers for an override, with that in mind.

Tip: Download the QSeer Coupon Reader App for your smartphone. You can use it to check your coupons at home to see what information is encoded in them. Therefore, you’ll be able to see if a coupon has a grace period built-in.

According to Kyle, there are many stores that have an official coupon policy saying that they won’t accept expired coupons but then still accept them about half of the time. Those stores include CVS, Target, and Walmart, which all sell some groceries. Harris Teeter grocery store is also on that list.

In summary, if you happen to have a coupon that has recently expired, then you might be able to use it. However, all stores have the official policy that they don’t accept expired coupons. Whether or not they’ll make an exception for you, or you can squeak in during a grace period, varies wildly from coupon to coupon and store to store. Therefore, you shouldn’t make it a habit to use expired coupons. However, if you use them now and then, you might get lucky.

What to Do with Expired Coupons You Can’t Use

If you have expired manufacturer coupons that you can’t use, then you can still do some good with them. There are several charities that accept donations of expired coupons to send to military families who are stationed overseas. They are allowed to use those coupons in their commissary shops for up to six months after the expiration date. So, don’t just throw away expired coupons; let someone else benefit from them.

Shatel Huntley has a Bachelor's degree in Criminal Justice from Georgia State University. In her spare time, she works with special needs adults and travels the world. Her interests include traveling to off the beaten path destinations, shopping, couponing, and saving.