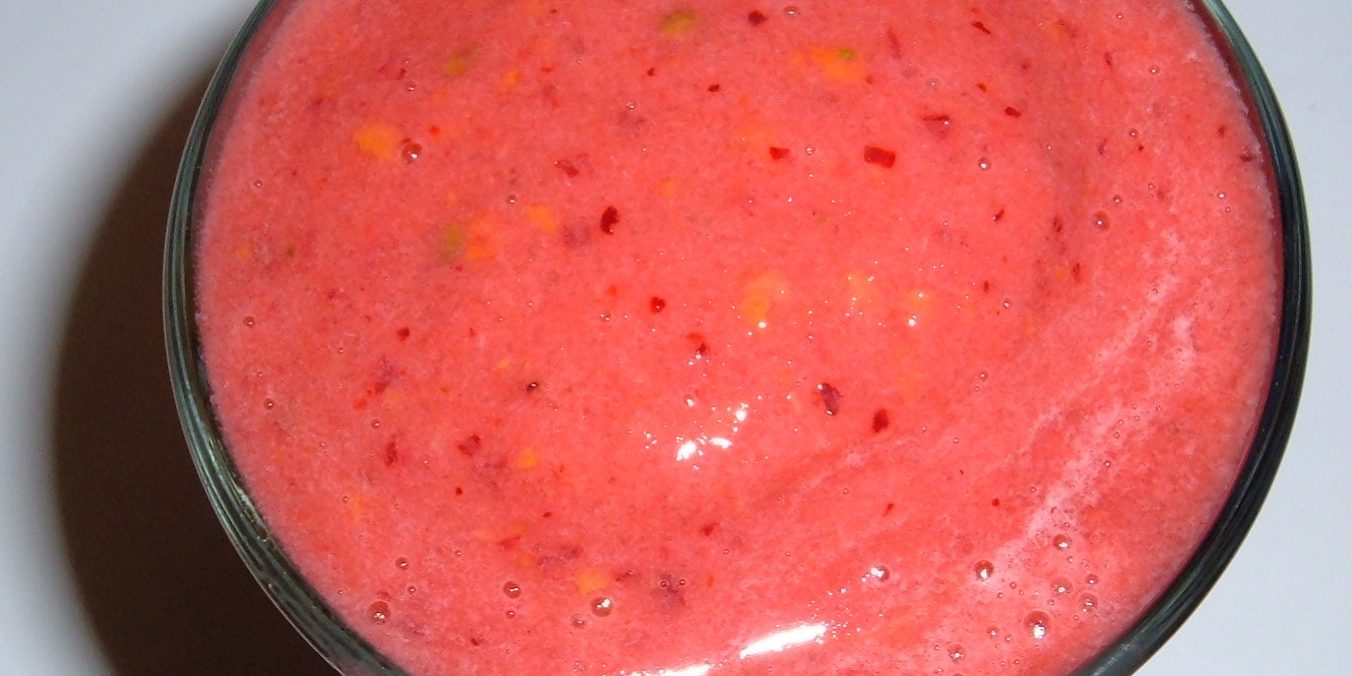 Many people have asked what are the goals for this challenge. The original goal was to show that it was possible to eat well (have plenty of food so I was never hungry and have a fairly healthy diet which included fruits and vegetable — no living off of Top Ramen and Mac & Cheese) spending an average of $1 a day. Despite my obvious lack of cooking skills and “challenged palate,” I think that I have proven that it can be done.

Now that I have a bit of a base of food and basic ingredients, I hope to show that the longer that one does this, the more nutritious the meals can get (and hopefully my cooking skills will continue to improve bit by bit). What my real goal now is to teach anyone interested the basics of what I did to achieve the results I did so that they can use them to lower their own grocery shopping bills. I think by continuing this challenge, it will give me the best opportunity to do that and let anyone interested the ability to ask questions.

Teaching anyone that wants to learn is a purely selfish gesture. In return for teaching you, I hope to gain two things (although that decision is completely up to you):

1. That will begin donating the excess free food and other items that you get and don't need to your local food bank and other local charities. This will help me reach my goal of turning the penny I found on the ground last November into $1 million worth of food to food banks. I hope that this will show that anyone can make a difference in their local community even if they don't have a lot of money.

2. That you will in turn pass it forward and teach others the same skills that you learn so that they can in turn do the same and then teach even more people – similar to rolling a Catalina coupon deal 😉 – wash, rinse, repeat.

I feel a little strange teaching since I still consider myself to be learning all of this and since I still make more than my fair share of mistakes couponing. If, however, all of you are willing to put up with me fumbling around while I try to explain in a simple and understandable way exactly what I am doing, then I think it should be a fun (and money saving) adventure for all of us.

I started out the new month by making a trip to the food bank to donate all the stuff that I have been accumulating. This included all the Kraft salad dressing, extras of the Bulls Eye BBQ sauce that I knew I wouldn't use, the infamous tampons and the pantiliners from a lesson learned plus a lot of other stuff I had gathered on my shopping trips that weren't part of this particular challenge: 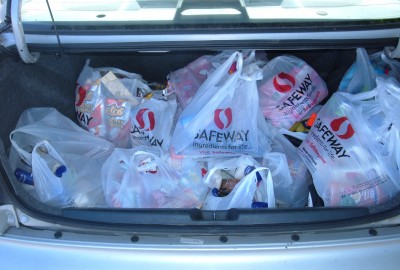 And handed off all the items to Karen who runs the Milpitas Food Pantry: 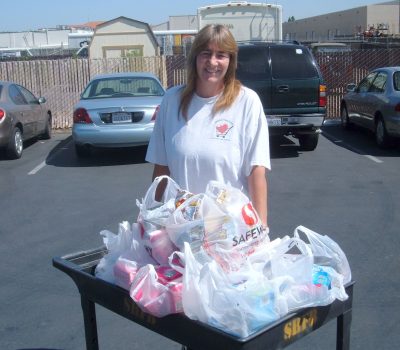 I also was able to do a bit of foraging during my morning walk which since I was now back at my home base. I came back with plums (first time for these and a lot of them ripening quickly), loquats and blackberries: 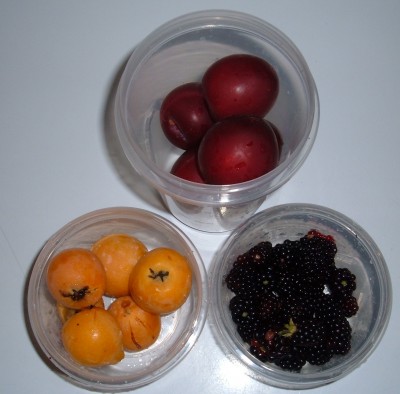 I decided that since I had such a successful morning gathering fruit, I would combine it all together for the morning smoothie. That was a mistake. I mentioned that I enjoy tart, but there is a limit and this smoothie crossed that line. I figured out that the culprit was the skin of the plums (there insides are sweet and juicy, but the skins are extremely sour). I definitely need to remove the skins if I attempt this combination again: 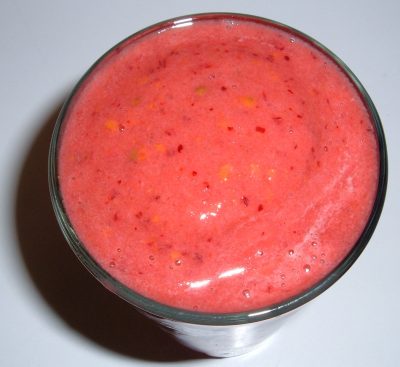 I still love my cereal combination for a quick meal and the Kashi cereal is something that I need to stock up on the next opportunity I get. It is great for mixing with all kinds of other things (cereal, yogurt, oatmeal) or as a snack by itself. And since I love to snack, a lot healthier than many of the other things i could be eating. 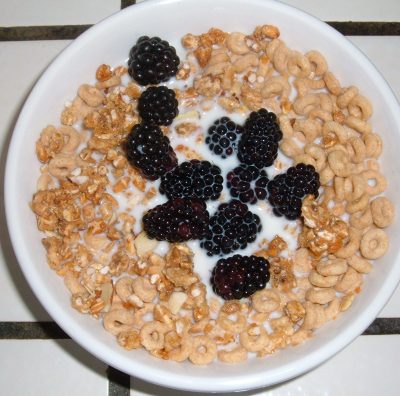 I was on the run most of the day (between the food bank delivery, visiting friends and other errands that needed to be done). I finished up the bananas that I have (and down to the last slices of bread) making the sandwich i love and my sister still doesn't consider real food. i paired it with a small lettuce, spinach and carrot salad and some of my blueberry juice (half water, half juice), but I was in such a hurry I simply forgot to take a photo of it.

I ended getting home a bit later than I anticipated and had to decide whether to actually make something or go for an easy meal. Since I have been doing a lot of the easy meals due to the traveling, I compromised and decided to make a meal that I had already tried before — the spinach, onion and carrot quiche that Carolyn had graciously passed along to me since it was tasty and made for great leftovers the last time. I used the exact same recipe except that I added a half cup of chopped fresh mushrooms as well. 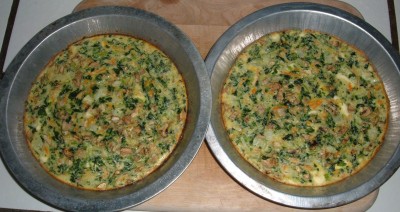 By the time it was ready, I was so hungry that I simply ate one of them out of the pan (and have one more to use in the future).