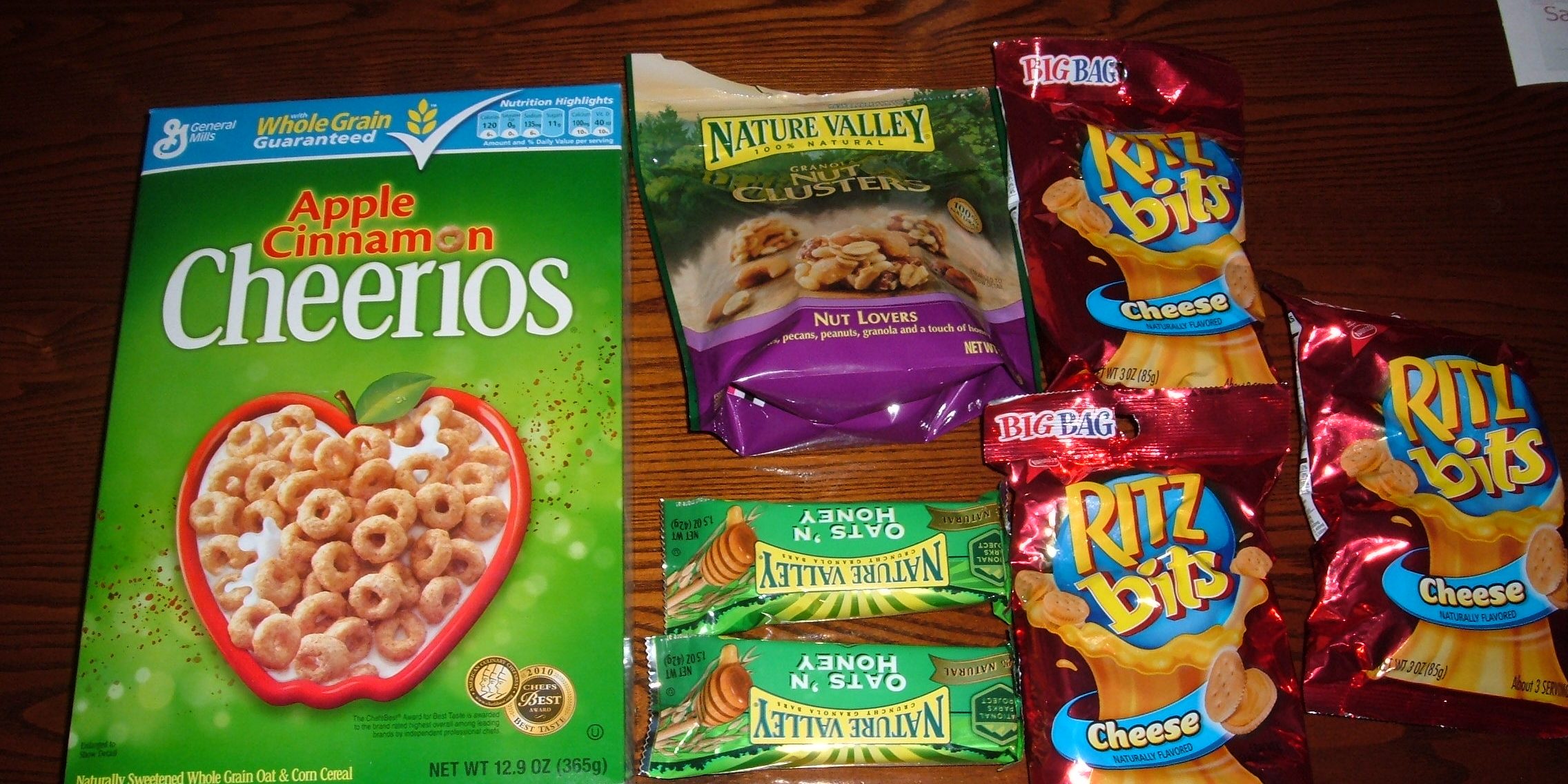 I really wasn't expecting this. I felt despite my cooking disasters and random wildlife encounters, that I was slowly but surely doing better day by day. I had a few days at the beginning of this challenge where I ended up having a breakdown here and a tough day there, but that was mainly due to having limited food. That is no longer the case so when the cooking rebellion happened, I couldn't understand where it was coming from.

I'm still not exactly sure what caused it (lack of sleep or working too many hours being the most likely culprits), but I had a terrible food day. I've been struggling to figure out a way to write about it so that it doesn't sound as bad as it was, but no matter how many times i have tried, there is no real way around the truth. It was the type of day that I think my sister assumed I would be having on a daily basis when this entire challenge began — it certainly would not qualify as eating well.

I ended up getting up late (about 10:00 AM as opposed to my usual 6:30 to 7:00) and the cooking rebellion was already in full force before I was even fully awake. No matter how much I tried to convince myself I needed to make myself something that I could take a photo of for this challenge, my mind just completely rebelled. I had absolutely no desire to make anything. I just plain, flat-out could not motivate myself to even turn on the blender to make a smoothie.

I figured that it was just because I still felt tired and hadn't fully woken up, so I thought that if I gave myself a little time and I woke up a bit more, I would be fine. I decided not to fight it and simply poured myself a bowl of the Apple Cinnamon Cheerios I had just purchased.

While I had sugar withdrawals when this challenge first started, I now find that I have to water my juice drinks down because they are too sweet. I took a bite and it definitely was sweeter than I would have liked it to be, it didn't keep me from finishing the bowl (I like apple and cinnamon, but I think I would like it a lot more if I had a 3/4 regular Cheerios, 1/4 Apple Cinnamon Cheerios) although I couldn't finish the milk in the bowl because it was just too sweet.

Now, one would assume that having that experience to start the day would have woken me up to the fact that I needed to make myself something more substantial and not quite so sugary, but no such luck. It was all down hill from there. I swear, every time I thought I should make myself something, I would get up, go into the kitchen and end up grabbing a snack instead. This was the damage: 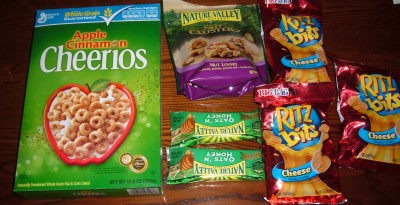 The worst part was that I didn't even want to eat the stuff — I just didn't want to cook more so it was easier to eat it. I really should have stepped back and told myself how ridiculous the whole thing was, but instead I just kept grabbing and eating snacks.

While there isn't a whole lot of good to be taken out of the day, one small positive was that the rebellion wasn't against the food I had been buying or eating. Never was there a craving to go out to the store and buy a whole bunch of food I haven't had — it was caused by wanting to avoid cooking. Of course, knowing that isn't enough. This cooking rebellion will cause a lot of problems if I can't figure out a way to quickly rectify the issue. I guess I will just chalk it up to one of those days and hope that I can do a little bit better tomorrow…